But he could not find Nitya there.

Reyaansh ran out of the room in search of Nitya.On the way he saw Rani.

Rani:No.But I am sure that she is in danger.

Rani:We all are stuck up here as we have no one.But Nitya is not like us.She has you.Please save her doctor. 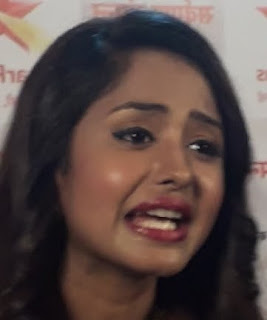 He ran away to search for Nitya and finally he entered Shubhavi’s room.

Shubhavi:Why are you here doctor? 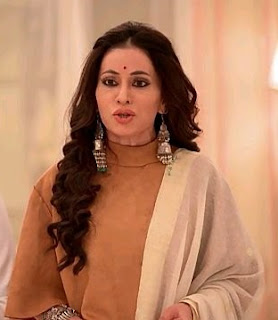 Shubhavi:What?Nitya is missing?I told you to save her from here.Then why did’nt you save her doctor?

Reyaansh felt sad and ran out of the room.

He went to Moloy’s room.There he saw a painting where Tej was trying to kill Reyaansh and Nitya.

Reyaansh threw water colour on the painting and destroyed it.Then he went out of the room. 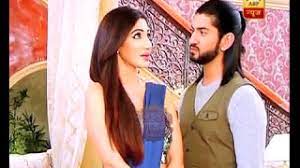 Reyaansh got irritated and climbed the stairs.He saw a room and entered there.He was shocked to see Nitya tied to a chair and her eyes were veiled with a black band.

He saw Tej smirking at him.

Tej:Not at all.Actually I brought Nitya here to bring you here and I succeeded in it.

Tej:Indirectly I told you not to write any negative report about our hospital.But you did not listen.Most importantly you want my goose which lays golden eggs..Nitya.I can never let it happen.If you simply leave this place I will leave you alone.

Reyaansh:Still I put my foot down.I will submit the negative report and take Nitya with me.

Tej:Get ready for a shock treatment Reyaansh.I will erase your memories.You will forget why you came here and who Nitya was for you. 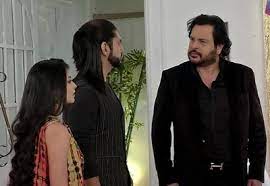 Nitya could not control her anger and pushed Tej.

Nitya:How dare you try to harm him?

Tej was shocked by her act.

Tej:You think you can simply escape with Nitya.Never!Because now it’s not shock treatment,but a pure death is going to be gifted to you by me. 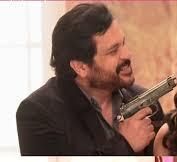 Reyaansh was shocked.But Nitya kicked him from behind and the gun fell down.Reyaansh pushed Tej and punched him without any mercy for a long time.Tej could not resist as Reyaansh was that strong.Tej became so weak that he fell down and could not even get up from the floor.

Reyaansh:No one can defeat me or my love for Nitya.

Reyaansh and Nitya held each other emotionally.

Reyaansh:You don’t be scared.Now they can do nothing to us. 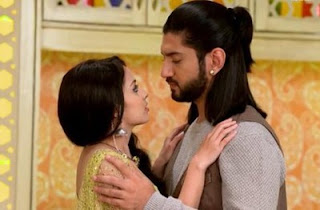 Reyaansh and Nitya embraced each other happily.Then they left the hospital with their luggage.

Swetlana who entered that room was shocked to see Tej lying down. 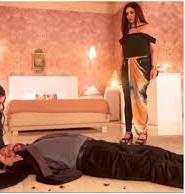 She bent down and sat near him holding him closer.

Tej replied with much difficulty:Yes.We have been defeated by him.He left with Nitya. 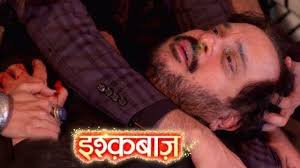 Somebody came to the mental asylum.

Tej was sitting on a chair.He could not walk after that incident.

He showed his identity card to Tej and said:I am Dr.Reyaansh Khurana from the psychiatric department of Medical college.I came here for inspection. 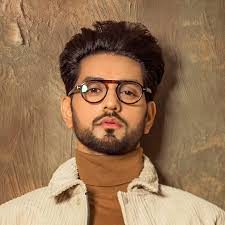 Tej and Swetlana told him about Reyaansh coming there,falling in love with Nitya and taking away from there by putting Tej in this condition.

Reyaansh:When somebody came here in my name you people did not even try to confirm whether he is really a doctor like he introduced himself?

Tej and Swetlana were embarrassed.

Reyaansh:Can I see atleast his photograph?

He walked towards Tej.

Reyaansh:I know him.He is Sachin;my patient who eloped from my hospital.He was Nitya’s best friend who was later adopted by Nitya’s parents as his parents passed away.

They used to roam about in Sachin’s cycle.The public made fun of them calling them as a made for each other couple because like Nitya,even Sachin had mental imbalance due to his parents’ death.

He told Shubhavi:”My Nitya will get her true love.Maybe he is the one who is meant for my daughter.Because mentally he is same as her”. 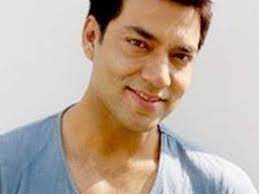 (Alekh had written these sentences in his diary which was read by Sachin/Reyaansh in Chapter 3).

Alekh and Shubhavi got them engaged too.Sachin and Nitya were very happy. 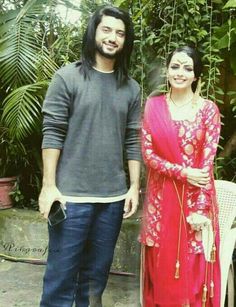 Reyaansh:Sachin has illusions and hallucinations.He attacks himself and thinks that he was attacked by someone else.

(In chapter3,Reyaansh was standing near the river thinking of Nitya.

Suddenly he felt someone trying to strangle.Actually he himself was doing that to his own neck)

Reyaansh:He hears sounds which are not there at all.

(In chapter2,Reyaansh was walking on the corridor looking at the 4 walls.

Suddenly he heard a screaming sound.Actually there was no such sound.It was only his illusion).

Reyaansh:He imagines seeing Nitya’s mother Shubhavi before him and talks to her.Actually Shubhavi who had heart disease had died due to heart attack after she gave her responsibility to you.

(In this chapter as well as in chapter 2,Reyaansh meeting Shubhavi in a secret room was his imagination).

Reyaansh:Being a psychiatrist, you should be ashamed of yourself Dr.Tej for not understanding that Sachin is a mental patient.

Reyaansh:Yes.Even when he was under my treatment he looked normal for everyone else.But psychiatrists could make out the difference.But Dr.Tej could not.Shame on you Dr.Tej.

Tej was ashamed of himself.

Reyaansh:Sachin is very dangerous also.If anyone tries to hurt Nitya,he can go to any extent.

After Andy and Giriraj killed Alekh…. 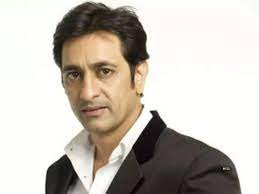 Andy:Open the door for him.Let him come out.Let others think that Alekh bhai is killed by Sachin. 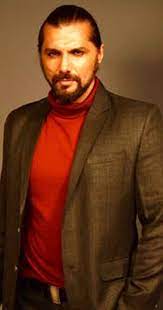 Nitya stared at them angrily.She took the knife and ran towards Andy and Giriraj to kill them.They were shocked.

Chitra and Sumitra unlocked the dark room where Sachin was kept.

Sachin heard Nitya’s screaming sound and ran to that room.He was shocked to see Alekh dead and Nitya trying to stab Giriraj and Andy.But Andy and Giriraj pushed away Nitya and Nitya fell down unconcious.It was unbearable for Sachin.He saw Andy,Giriraj,Sumitra and Chitra smirking.

Sumitra:Get ready to get accused of killing Alekh and Nitya.

Chitra:The whole life you will be in the prison or you will get capital punishment. 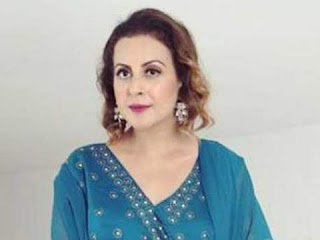 Andy took the knife and tried to stab Nitya who was unconscious.Suddenly Sachin kicked him and snatched the knife from him.He stabbed Andy,Giriraj,Sumitra and Chitra brutally.

After some time when Shubhavi returned home she saw Nitya holding the knife with which murders was done.So Shubhavi misunderstood that the murders were done by Nitya due to her mental illness.After Shubhavi entrusted Tej to look after Nitya,from Sachin she came to know the truth with a shock.

Reyaansh:Nitya is with a murderer now.

Rani,Moloy,Jeev and other mental patients came there.

Rani:But still Nitya will be safe with him.He loves her a lot.He actually left from here with Nitya to save her from this evil doctor.He had tortured Nitya very much.Infact he and Swetlana Madam used to torture us too. 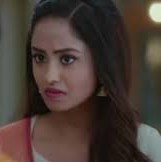 Jeev:I was angry with him for getting closer to Nitya.But when he saved Nitya from this evil place,I started respecting him. 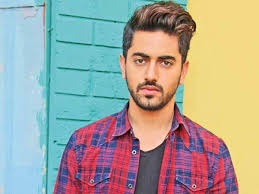 Moloy:I can see their future.Trust me.They are made for each other.They destined to be together.Please don’t try to separate them.They deserve a heaven,not a hell like this place. 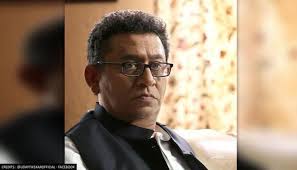 Reyaansh:Are they saying the truth? 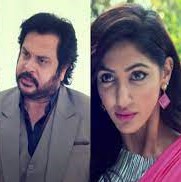 Reyaansh:Because I know whether a mental patient is saying the truth or not.We all have heard strange stories about this mental asylum and that’s why I have been sent here for inspection.

Reyaansh informed everything to the main authorities and thus Tej-Swetlana got arrested by the police.All the mental patients from there got transferred to Reyaansh’s mental hospital where they got nice treatment. 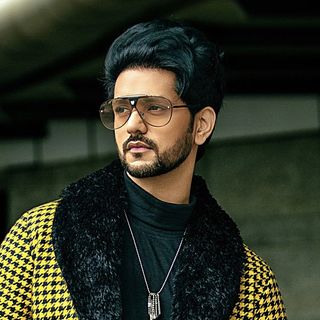 Sachin and Nitya were in a snowy place.

Sachin:You remember me now.Right?When you pushed and kicked Tej to save me I understood that.Because you have always done that to others to protect me from them.

Nitya:I am scared whether we will be caught again.

Sachin:No one can find us.We are far away from all those people.We are safe in this place.We will live here happily.

They looked at each other romantically. 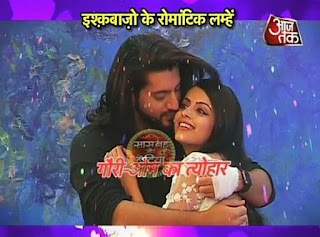 In the mental asylum….

A girl gave a red rose to Jeev.

She:This is for you Jeev.

Jeev took it from her.

He went to the room and kept the rose in the flower vase.

Dhani:Why did you put the rose there?You did’nt like it? 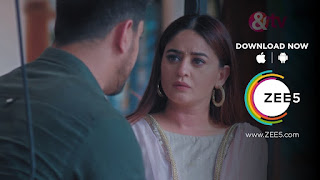 They both looked at the flower vase and smiled. 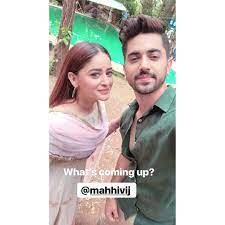 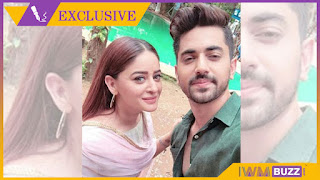 Dhani:I got worried thinking that you were avoiding the rose I gave you,because you don’t like me.

She became so happy that she rested her head on his shoulder. 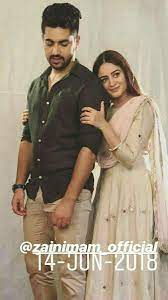 He said in his mind:Maybe Dhani is the one for me…the one who is made by God for me.

Rani was watching Jeev and Dhani with a smile.She went to the garden.Her face blossomed seeing her friend Ved there.She went near Ved.

Ved:Of course yes.That’s why I love being in the garden.

Rani plucked a flower from the garden and gave it to him.

Rani:Here is a flower for you Ved.It’s a small birthday gift from me for you.Happy birthday Ved. 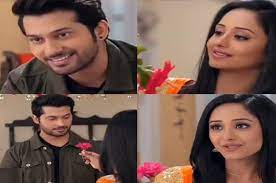 Reyaansh arranged a birthday cake for Ved and called all the patients there to celebrate his birthday.

Ved:Doctor,can I cut the cake with Rani?Because she is my favourite here. 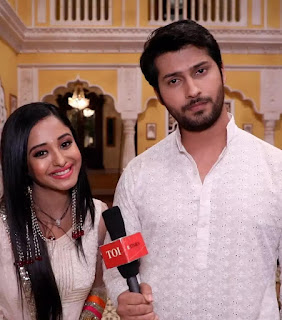 Reyaansh held Rani’s hand and they both cut the cake together. 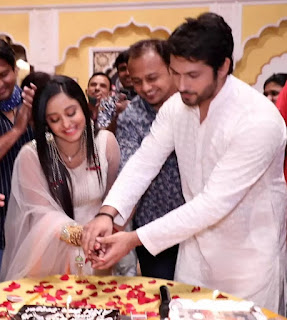 Then they fed the cake to each other.

Dhani and Jeev smiled seeing it along with their inmates. 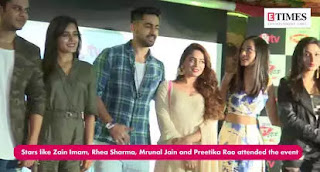 Dhani took a cake piece and fed it to Jeev.Jeev also fed her cake with his hand surprising her.

Reyaansh smiled saying in his mind:Love is in the air. 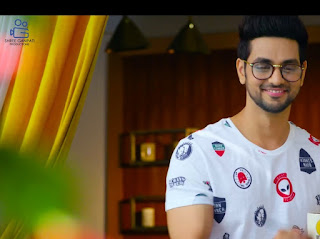 Thanks a lot for supporting this SS.plz write your favourite scenes,favourite jodi,favourite character and why you liked that character the most.