A girl (Kriti) is shown folding clothes. She notices a lipstick mark on her husband’s shirt. She ignores it. After a few minutes, she goes outside her room.

Kriti: Veer.. how many times have you been to Jaipur after our marriage? At least 50 times. when will you come

Veer: I am with Abhay Kriti

Girl on phone: Veer!! Come here na.. (it’s actually Kriti but she does not realise)

Kriti: Ve-Veer.. I thought you were with Abhay

Veer: Now I am not.. look behind you.

Kriti turns around and sees Veer there.

Veer: You said to come.. how could I ignore you?

They go to their room

Kriti: Achha ji.. why were you not coming for so many days.. now you are back, I won’t let you go

Veer gets a phone call.

Veer: w-woh (the call gets cut and Ansh is the one calling him) 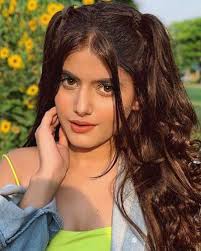 Priya: You finally found time to come back na.. anyway.. how is Prakriti Masi?

Veer: Yeah I met her there.. Priya knows as well.

The post Alone Vs Together – Episode 1 – Unknown Betrayal appeared first on Telly Updates.