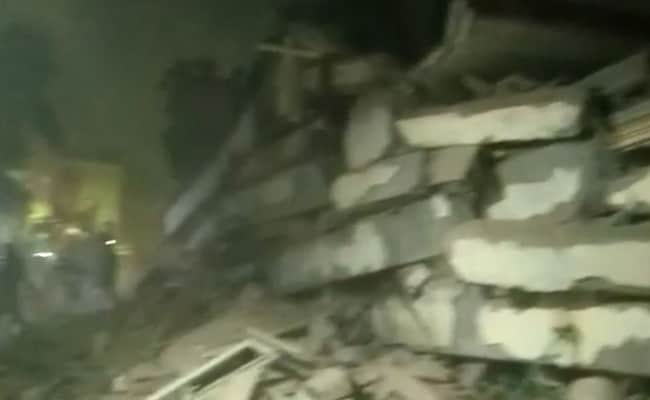 A building collapsed near Hazratganj in Lucknow. According to the information, many people are trapped in the debris. According to sources, earthquake tremors were felt throughout North India during the day, during which cracks appeared in the building. However, it has not been confirmed by the authorities that the crack in the building was caused by the earthquake. Officials present at the spot said that at least four families are feared trapped under the debris. So far three have been saved. State Deputy Chief Minister Brijesh Pathak himself is present at the spot. NDRF and SDRF have been deployed for relief and rescue. Still 8 people are feared trapped.

Let us tell that there are many old buildings in Hazratganj area. The one that collapsed today was known as Alaya Apartment. It is noteworthy that recently two people were killed when the roof of a building collapsed in the Chandni Mahal police station area of ​​the national capital Delhi. While another was injured. The incident took place in the Pahari Rajan Chitli Kabar area of ​​Turkman Gate.