Australia will lock horns with Pakistan team on the 3rd of August, Wednesday, in their final group match of t.CWG 2022. Australia have already qualified for the semi-finals after wins over India and Barbados.

Meanwhile, Pakistan’s hopes of making it to the knockout stages is next to none, as they will need favours from other teams even if they manage to defeat the mighty Australian side. The Women in Green are currently winless in the tournament and head into the ninth match after a shambolic outing against arch-rivals India in the previous encounter.

The wicket at Edgbaston has played well for both the batters and the bowlers with a hint of movement in the early stages of the match and trustworthy carry and bounce on offer. The spinners have also enjoyed their time. The team winning the toss would like to utilise the assistance on offer for the quick bowlers.

The Australian skipper roared back to form in their second match of the tournament with a scintillating unbeaten 36 off 21 deliveries to put the failure in the first match behind her. The second leading run-getter in the format, she would want to continue her belligerence with the bat.

Young Aussie leg spinner Alana King had the Barbadian batters on the ropes with her masterful spin bowling and was a whisker away from claiming a hat-trick as she returned with incredible bowling figures of 4/8 in her four overs. She will be a handful against the Pakistani batters who struggled against spin in their previous encounter. 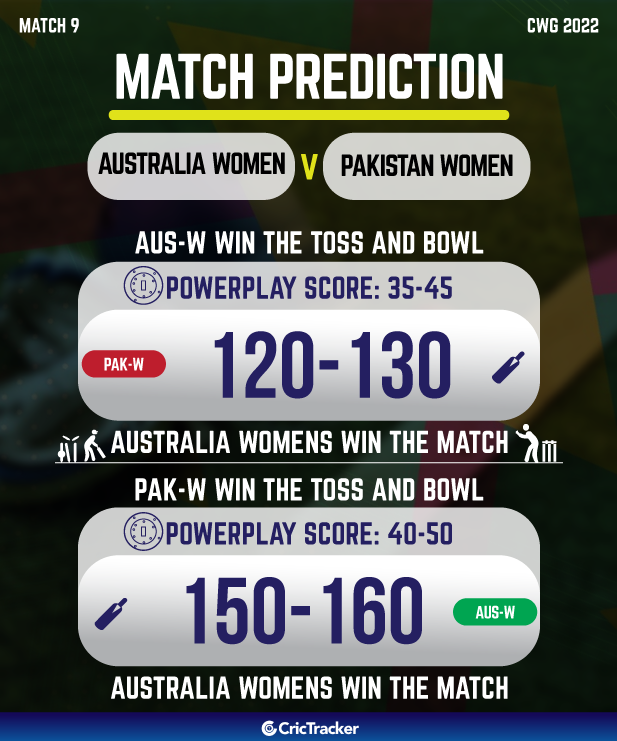