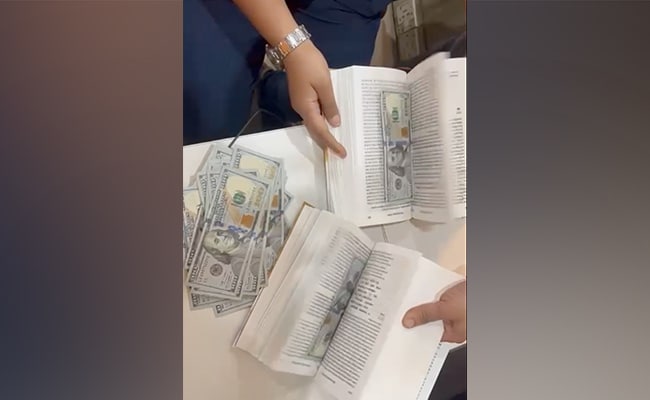 Customs officials at the Mumbai airport seized currency notes worth $90,000 from a foreigner, which were hidden inside books. Officials gave this information on Tuesday. In a video that surfaced, the dollar was placed between the pages of the book. Let us tell you that passengers caught trying to take gold, currency and other valuables in or out are quite common in India.

The officer said that both the passengers are being questioned and the matter is being investigated.

Customs officials seized $9,600 in foreign currency from a male passenger at Tamil Nadu’s Trichy International Airport According to officials, the foreign currency hidden in slippers was recovered during the search.