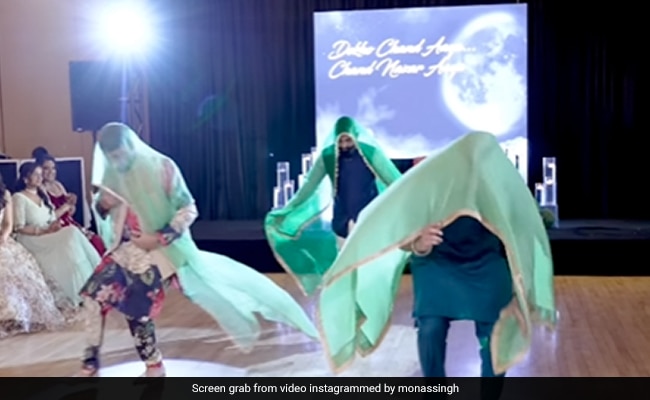 When we talk about weddings nowadays, some of the first things that come to mind are the grand entry of the bride and groom, grand dresses and scintillating dance performances. While we are talking about this, let us tell you about a video which is making a splash on the internet. In the clip, the three men dance to the popular song Maar Daala at their friend’s sangeet ceremony and you must watch it.

This viral video has been shared on Instagram by a user named Mona Singh. In the short clip, three men dressed in traditional clothes and headscarves dance to the song picturized on Madhuri Dixit. He also mastered the hook step of the track and won applause from the guests.

The men also referred to themselves as “The Spice Girls”. The caption of the post read, “It took 0.5 seconds to convince these guys to perform on this female song and that’s what I love about them.”

The video has been viewed over a million times since being shared online. Instagram users lauded the men’s enthusiasm in the comments section.

One user wrote, “I like how they are all looking in character.” Another user wrote, “It would have been an absolute delight to see the original!! Kudos to the sporty men.”

Maar Dala… is a song from the 2002 film Devdas and it is sung by Kavita Krishnamurthy.