Producer-director Rajkumar Santoshi has written a letter to Mumbai’s Special CP Deven Bharti, threatening his life. In the press conference of the film, some youths have accused of creating ruckus and threatening to stop the promotion and release of the film. He has demanded protection from the police officers. 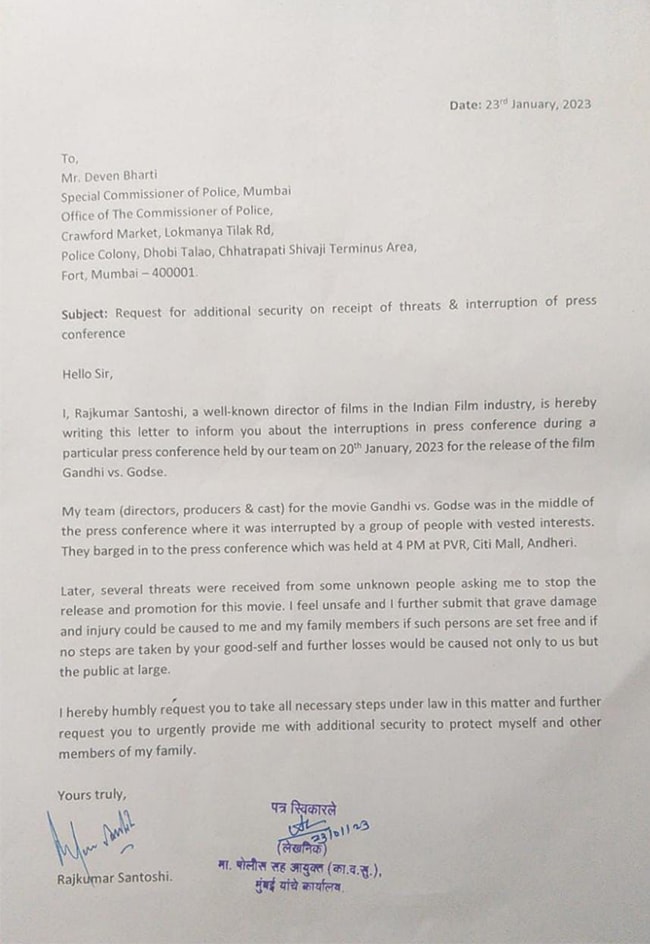 In the press conference, he had to face opposition from the people. In the middle of the conference, some people raised slogans of ‘Gandhi ji amar rahe’ and also showed the black flag. Let us tell you that the film ‘Gandhi-Godse Ek Yudh’ is releasing in theaters on January 26. With this film, Rajkumar Santoshi is returning as a director after nine years.