Hearing a sound, Sagar opened the door and went to the veranda.There he found no one.Sagar turned back to go inside.Suddenly a masked person attacked him from behind.Sagar got rid of him by struggling a lot.The masked person took a knife to stab Sagar.Sagar moved away to escape from him.He tried to stab him again.Ganga who came there got shocked.She went to the kitchen and brought chilly powder.Sagar kicked the masked man when he tried to stab him.Ganga threw chilly powder at his eyes. Sagar and Ganga were relieved.Sagar tore his mask and looked at his face.

He could not recognize his face.The masked person pushed him and ran out.Sagar followed him,but he could not find him.Sagar came inside.

Sagar:I could not catch him.He is an unknown person.But why is he trying to kill me?

Ganga:He may be a professional killer sent by someone.

Sagar:But why should someone try to kill me?

Ganga:Anyways you are safe.That’s enough for me.I really got scared.I can’t live without you Sagar.

Sagar:I also got scared Ganga. Seeing Vansh and Riddhima’s condition  i felt sad for them.I doubted whether we will also have the same fate.

Sagar and Ganga embraced each other crying. 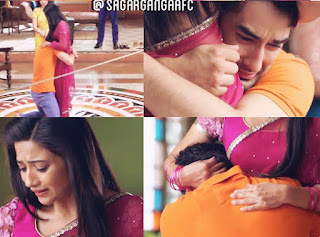 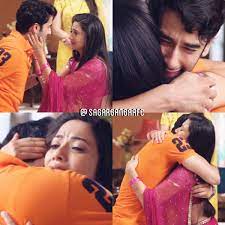 Vansh and Riddhima appeared there.

Vansh and Riddhima were shocked.

Ganga:He was a professional killer sent by someone.We don’t know who he is.Because Sagar doesn’t have enemies.

Riddhima:Why the murder attempts on us are so mysterious?You have no enemies.Then why would someone want to kill you?

Sagar:I doubt whether somebody tried to kill me mistaking me for Kabir.

Sagar:Now i feel that Kabir did not commit suicide,but he was killed.Maybe seeing me,that killer thought that kabir was alive and so he wants to kill me.

Riddhima,Vansh and Ganga were shocked.

Vansh:But why would someone kill Kabir?We were the only enemies he had.

Sagar:If we find out who sent him to kill me,we can find out the killer.

Ganga:What if Vansh and Riddhima’s murder is also related to Kabir’s murder?What if all these murders are interconnected? 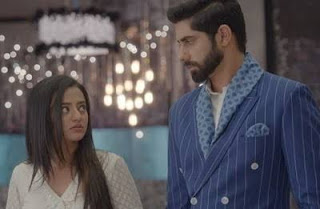 Sagar:If we find out those goons we can make them spill the truth.

Riddhima:But how can we find out those goons?

Ganga:I will make a pencil sketch of the goon who tried to kill Sagar.What if he is one among them?

Ganga made the sketch of that goon.

Vansh and Riddhima became angry and tearful seeing the sketch.

Vansh:He is the one who killed Riddhima.

Sagar and Ganga were stunned.

Ganga:So my doubt is right.All the murder attempts are interconnected.

Sagar:We have to trace him. 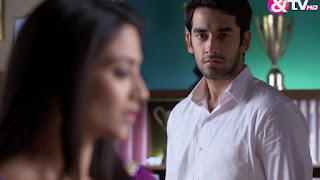 The goon met a person.

Goon:I tried to kill him.But he and his wife trapped me by throwing chilly powder at my eyes.

That person got angry.

That person:You are useless.You could not do a simple murder?

Goon:My friends and I had killed Vansh and Riddhima.

That person:But you could not kill Kabir.

Goon:I had killed Kabir .I don’t know how he became alive.

That person:You good for nothing fellow.I am a fool that believed you.Now I don’t want you useless fellow.I myself  will kill Kabir.Get lost.

That person:Why should I give you money when you did not do your work properly?

Goon:If you don’t give me the money you promised,I will reveal the truth to the world.

That person got angry:How dare you try to mess up with me?

That person took a gun and pointed at him.

He got scared:Please don’t kill me.

That person:You only provoked me to kill you.You and your 4 friends only killed Vansh and Riddhima.But 3 of your friends also blackmailed me.But you remember what happened to them?I killed them.Now you also behaved like your friend.So you too deserve the same punishment.

That person shot the goon to death.

Sagar saw a news in the newspaper and became dull.