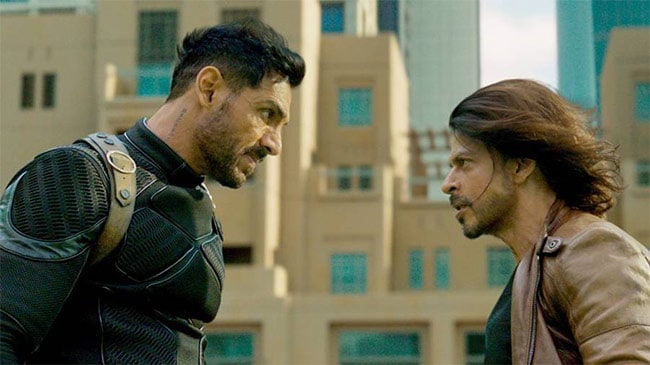 King of Bollywood Shah Rukh Khan’s film Pathan has knocked on the big screen. The film has broken the records of many films in advance booking. On the other hand, considering the first day first show of Pathan, the number of shows in theaters has been increased. This decision has been taken in view of the increasing craze among the audience towards the film. Trade analyst Taran Adarsh ​​has given information about increasing the number of shows in theatres. Along with this, he has also told that now how many shows of Kul Pathan will run in theatres.

Taran Adarsh ​​has told that in view of Pathan’s first day first show, 300 more shows have been extended. With this, Shahrukh Khan’s film has become Bollywood’s biggest Hindi film in terms of screen count. After increasing 300 shows, now the total number of screens of Pathan has increased to 8 thousand, out of which 5,500 screens have been released in India and 2,500 screens abroad. On the other hand, PVR Cinemas has described Shah Rukh Khan’s film as a perfect Bollywood blockbuster.

PVR Cinemas shared a post on their official Twitter account, writing, ‘Pathan is going to be a perfect Bollywood blockbuster as 3.6 lakh movie tickets have been sold! While the counting is still going on. Have you booked yours?’ Let us tell you that Shah Rukh Khan, Deepika Padukone and John Abraham starrer Pathan is releasing today i.e. on January 25. At the same time, the film is seen crossing the figure of 40 crores in terms of earning. While there has been no press conference and interview of the film. Although King Khan is seen answering questions from his fans in Ask SRK through his Twitter account.