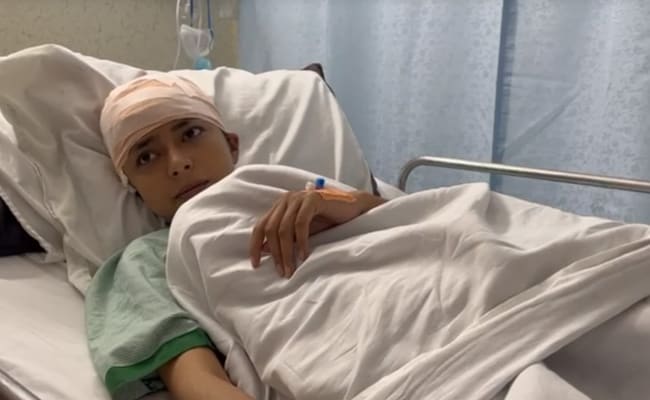 Sweety, who was admitted to the hospital in Greater Noida, Uttar Pradesh, has won the battle of life by defeating death. He had an accident on 31 December. Coming from a farming family, Sweety had gone into a coma, the cost of her treatment had reached lakhs. But Sweety’s friends did crowd funding for her and made her better treatment possible. Now Sweety Kumari’s condition is improving rapidly and she has been discharged from the hospital.

Sweety’s friends raised Rs 29 lakh through crowd funding for her treatment, which helped a lot in her treatment. At the same time, Sweety, who returned home from the hospital after defeating death, first called her college. He took information about the exam from his teachers. He told NDTV that he has spoken to the teacher and soon he will recover and go for the exam.

Sweety’s father told NDTV that his friends helped him a lot and in times of crisis, Sweety’s friends came as gods and helped him. Now Sweety will again study B.Tech. Friends bore the entire cost of the treatment through crowd funding. This cure was made possible by the unity of the college and students and with the help of his friends, Sweety defeated death.