In the 2nd doubleheader on Saturday Gujarat Titans will square off with Delhi Capitals in the 10th match of the IPL 2022. Gujarat Titans couldn’t have asked for a better kick start for their IPL campaign as they registered a thrilling 5 wickets win over Super Giants. It was a much-needed win over for them since it has given them a lot of boosts to face tough teams. Underrated cricketer Rahul Tewatia steals the show with his match-winning knock for Titans.

Delhi Capitals on the other hand secured an improbable win over Mumbai Indians in their first encounter by 4 wickets. Special thanks to the unbeaten 75* runs partnership between  Lalit Yadav and Axar Patel. Capitals had made errors with the ball and now it’s showtime to rectify them. Lungi Ngidi and Mustafizur Rahman are back in the squad which will further light up the spirits in the camp.

It’s a belter of a track for batting and the margin of error is very less for the bowlers even the slightest of mistakes will cost the game. Quick bowlers will get the rewards if they bowl in the right areas.

Also Read: Pravin Tambe gets emotional during special screening of his biopic for KKR players

Shubman Gill got out for a no score against Super Giants. He is highly regarded as the future star and he just needs one good innings to get back into the action.

Even when the wickets were falling at the other end, Prithvi Shaw stood strong against Mumbai Indians and scored 38 runs from 24 balls which comprised 4 fours and 2 sixes.

Rahul Tewatia again proved that he is the best finisher with insane innings against Super Giants. When the game was slipping from the hands of the Titans he came in and scored an unbeaten 40* runs from 24 balls.

Axar Patel had a tough outing with the ball against Mumbai Indians however he played a game-changing knock of 38* runs from 17 balls to secure a win for the Capitals.

Mohammad Shami was devastating with the new ball against Super Giants, he removed big fishes Lokesh Rahul, Quinton de Kock, and Manish Pandey and rightly deserved the Player of the Match award.

3 wicket haul against Mumbai Indians will be the major turning point for Kuldeep Yadav in IPL. He warmed the bench in most of the matches during his stint with Knight Riders. He will be challenged for sure in this match.

Rishabh Pant didn’t do well against Mumbai Indians as he got out for just one run. He is still the best in the business and a must-pick for your fantasy teams.

GT vs DC Must Picks for Dream11 Fantasy Cricket: 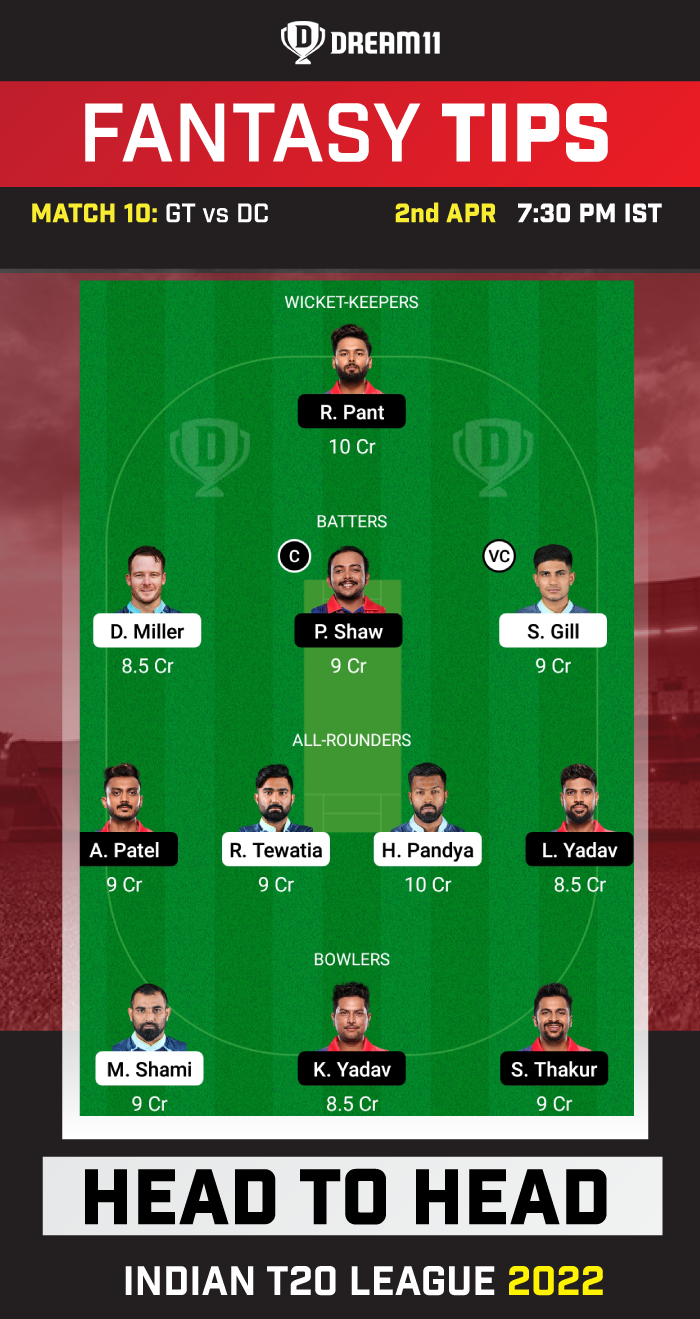 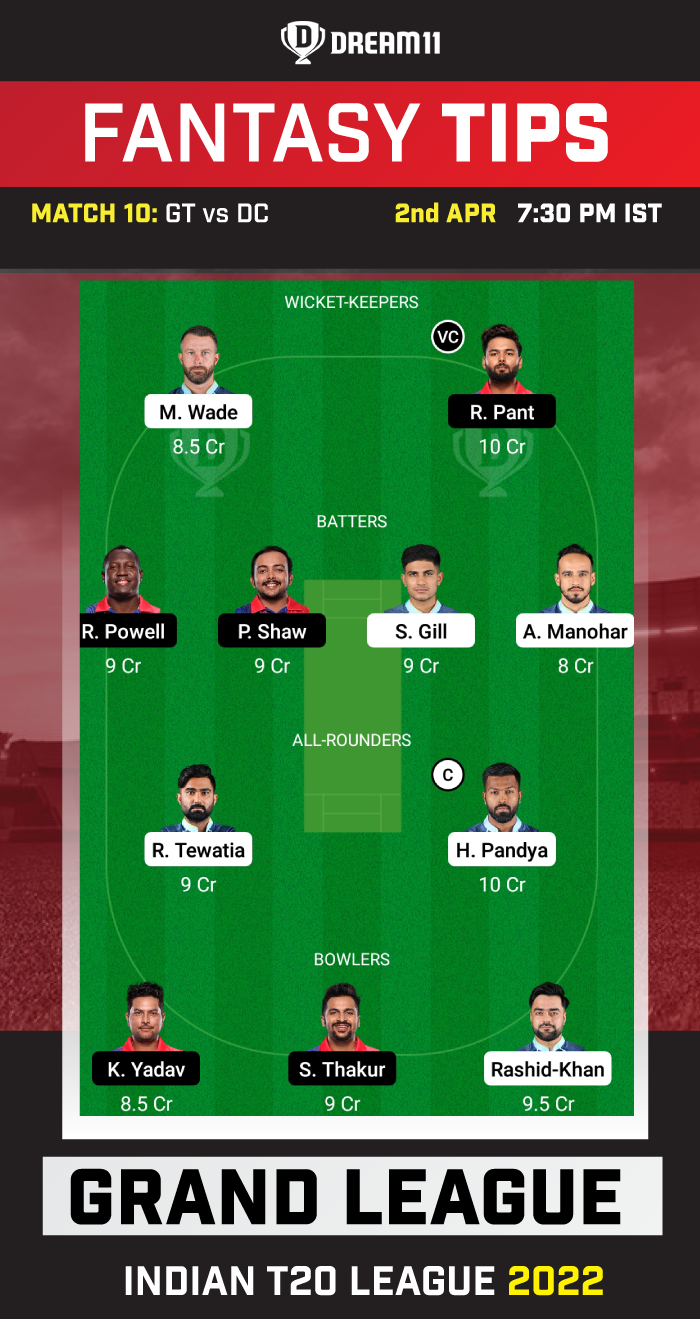 Abhinav Manohar played a handy little cameo of 15* runs from 7 balls against Super Giants. You can take a risk and pick him as your fantasy team skipper.

Lalit Yadav was beyond his capabilities in the last match against Mumbai Indians where he scored an unbeaten 48* runs from 38 balls to get his side home. He is a risky captaincy pick for your fantasy teams.

Varun Aaron was too wayward in his line and lengths against Super Giants and still managed to pick 2 wickets. It’s better to avoid him while making your fantasy teams.