West Indies registered a comprehensive seven-wicket win over Bangladesh in the first Test match at the Sir Vivian Richards Stadium in Antigua on June 18. The hosts dominated the proceedings right from the word ‘go’ and never really allowed the opposition any chance of staging a comeback. In the end, all the Windies had to do was to chase down a paltry target of 84 to go 1-0 up in the series.

While the Carribeans did succeed in drawing first blood, they were also able to make some advancements in the latest ICC World Test Championship (WTC) points table. Bangladesh on the other hand suffered a fourth straight loss in this format after being blanked by South Africa 2-0 and then going down to Sri Lanka 0-1 in the home series last month.

By the virtue of an impressive win in the series-opener against Bangladesh, West Indies have now gone up to the sixth position with a PCT of 43.75%. With a points percentage of 52.38% and 55.56% respectively, Pakistan and Sri Lanka occupy the fifth and fourth spots respectively. Pakistan lost the home series against Australia 0-1 while the Lankans came out on top against Bangladesh in an away series 1-0.

Meanwhile, India who have been on a roll in the longest format in the last one year, barring a 2-1 series loss against South Africa in December-January, are placed at the third position with a points percentage of 58.33%. South Africa, who have been one of the most consistent sides in Test cricket take the second place with a points percentage of 71.43%,

Last but not least, Australia who have won two consecutive Test series in the last six months take the top spot on this list with a points percentage of exactly 75%. 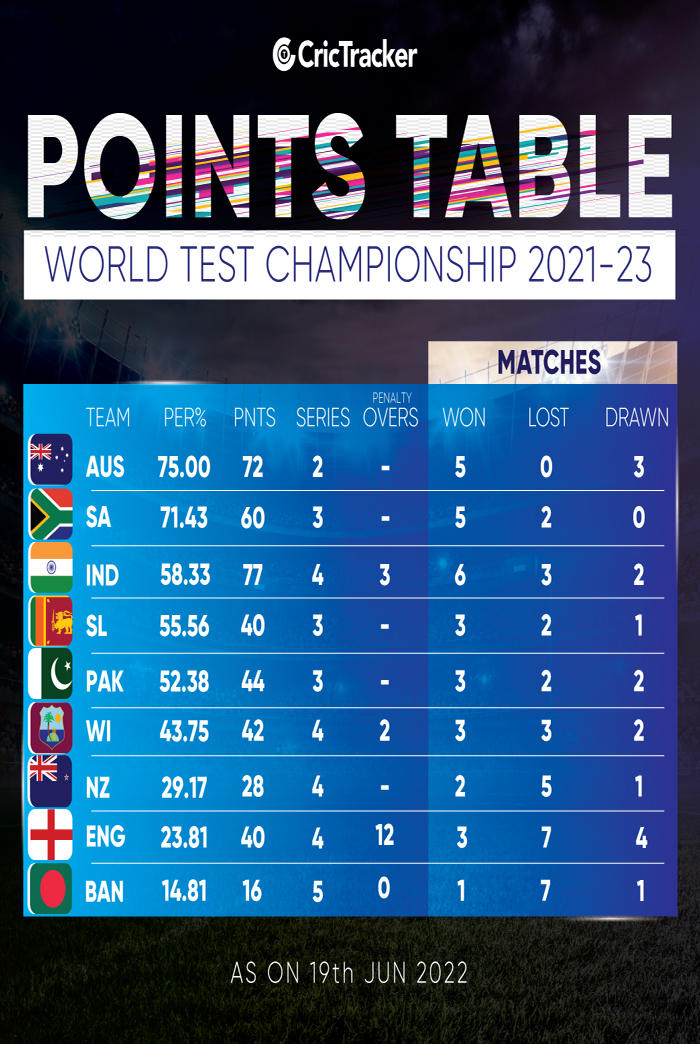