Hyderabad will take on Chennai in the 46th match of the Indian T20 League 2022 on Sunday at the Maharashtra Cricket Stadium in Pune. When the two teams meet for the second time, Dhoni will once again be seen leading Chennai, under whose leadership the team has played brilliantly. Hyderabad is currently fourth in the points table, having come off a five-wicket loss to Gujarat before winning four straight games. Chennai, on the other hand, will hope to turn their fortunes around with Dhoni as captain, since they are on the verge of a playoff race. They have only won two of their six games and are currently sitting second-last in the standings.

The MCA Stadium in Pune is a superb scoring venue, but it also assists bowlers. A similar pitch is expected, with plenty of help available for both batters and bowlers. The pacers should get some movement and bounce off the surface, but the dew effect may balance things out as the match goes.

Abhishek Sharma has been performing well in recent games and has led his team to get off to a good start. He has accumulated 285 runs at an average of 35.62 and a strike rate of 131.33 in eight games.

Umran Malik is a speed-gunner who is now leading the HYD bowling unit from the front. He has picked up 15 wickets at an average of 15.93 and an economy rate of 7.96 in eight games.

Shivam Dubey‘s performance has saved the sinking ship for his side in several matches, and his performance has been exceptional thus far, scoring 247 runs at an average of 35.29 and a strike rate of 159. 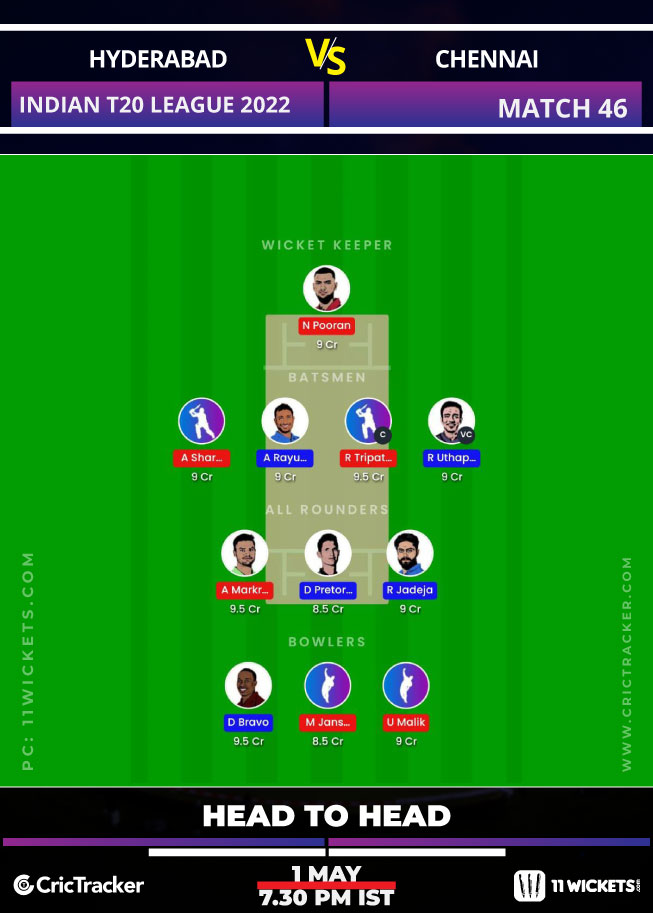 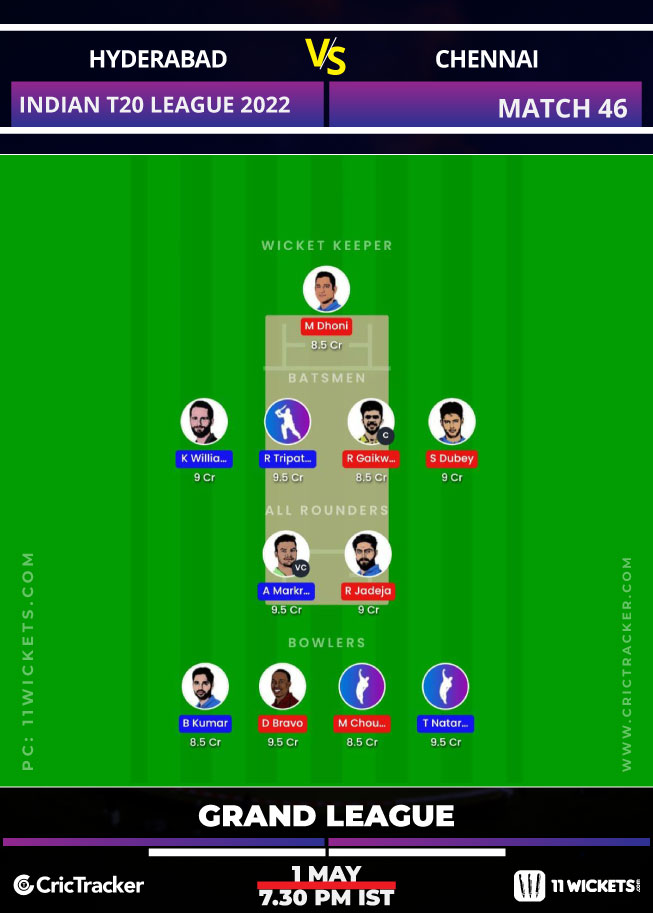