On paper, Kolkata Knight Riders (KKR) have the most incompetent team in the 15th season of the Indian Premier League (IPL). A significant part of that is because they spent INR 27.5 crores mostly on a combination of Shreyas Iyer, Nitish Rana, and Pat Cummins early in the auction. While the Iyer selection makes sense given their need for a middle-order batter and skipper, adding Rana to the mix hampered their ability to bid for better value-for-money players.

The team’s demise came after a promising start under new captain Shreyas Iyer, who led them to three wins in their first four games, including a six-wicket victory against Chennai Super Kings (CSK), who had outclassed them in last year’s final. And since the league season is halfway through, the Knight Riders must get their game together if they want to make the playoffs for the second year in a row.

When it comes to their recent results, the bowling department is being scrutinized, with a specific focus on Pat Cummins. The Australian has been gone for plenty with the ball in recent games, while being superb with the bat against Mumbai Indians (MI), causing the world to sit up and take note of his T20 finishing prowess with a 15-ball 56 not out. In two of the past three games, he conceded more than 50 runs, with the Delhi Capitals (DC) and Rajasthan Royals (RR) scoring 215 and 217 runs respectively. On that note, we take a look at 3 players Kolkata could have picked instead of Cummins.

3 players KKR could have picked instead of Pat Cummins

Shami, one of India’s top pace bowlers, was purchased by Gujarat Titans for INR 6.25 crore during the IPL 2022 mega auction. Mohammed Shami’s limited-overs career was rejuvenated in recent months with some exceptional results in India colours after he was scooped up by Punjab Kings for a whopping INR 4.8 crore during the 2019 player auction.

He possesses the ability to be productive at the start of an innings as well as in the dying overs. Shami has made tremendous development and is now a complete bowler. He had a fantastic season in 2019, finishing with 19 wickets from 14 games as Punjab’s leading wicket-taker. In the 2020 season, he improved his bowling, even more, defending six runs in a super-over with his exceptional consistency and striking early with the new ball for PBKS throughout the 13th edition.

Kolkata Knight Riders did bid for Shami till a certain point in the IPL mega Auction 2022, but Gujarat Titans bagged the deal. Had Kolkata persuaded a bit more and roped in the Bengal pacer, their team would have looked more potent with a strike bowler at their disposal. 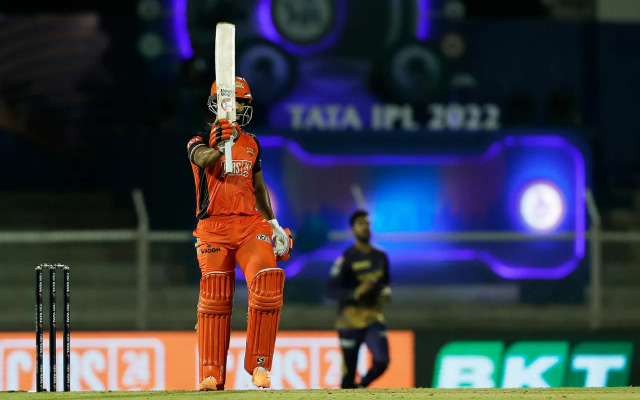 Rahul Tripathi was among the most surprising discoveries of the 2017 IPL, as he astonished everyone with his selection in the Rising Pune Supergiant team. Tripathi, a top-order batsman with a talent for clearing the infield, troubled pacers and spinners alike with his quick movement and kinesthetic awareness. Given his lackluster domestic performances across formats, his inclusion in the playing XI raised some eyebrows, but it turned out to be a genius move by the management, as he played a significant part in the team’s campaign, which saw them reach their first IPL final.

In the 2018 IPL auction, he was purchased by the Rajasthan Royals in January 2018. The Rajasthan Royals released him before the 2020 IPL auction. With Ajinkya Rahane and Jos Buttler at the forefront, it was almost impossible for the young bloke to break through, and he usually had to deal with the finisher’s job, which wasn’t exactly his guilty pleasure. Rahane’s continued lack of form towards the conclusion of the tournament saw Tripathi moved to the top of the order, and he responded with a superb fifty in the tournament’s last league game, which was a simulated playoff game.

He was purchased by the Kolkata Knight Riders in the 2020 IPL auction ahead of the Indian Premier League. He proved himself to be an excellent batsman for KKR. In 70 matches he has a run score of 1613 with a strike rate of 140.63. In IPL 2022, the right-handed batter was signed by the Sunrisers Hyderabad with INR 8.50 crore. Given that Kolkata have had problems at the top order, Tripathi’s acquisition could have turned into a game-changer for the franchise.

A newcomer to the IPL, Gujarat Titans took a bet on Yash Dayal, spending INR 3.2 crore on him. After Lockie Ferguson, Rahul Tewatia, and Mohammed Shami, the 24-year-old was their fourth-most expensive purchase during the two-day auction.

The left-arm pacer’s skills were sought by the Kolkata Knight Riders (KKR), Royal Challengers Bangalore (RCB), and Gujarat Titans (GT). The bidding began with KKR, but they withdrew when Dayal’s price hit INR 75 lakhs. From that point forward, RCB and the Titans were at odds.

The left-arm pacer has justified his selection with seven wickets in four games so far in IPL 2022. While his economy has been on the higher side, he has been Gujarat’s strike bowler, chipping in with wickets at crucial junctures. With Kolkata struggling due to the lack of variety in their pace attack, Yash Dayal could have been a valuable addition in almost half the price that of Pat Cummins.