The Kolkata Knight Riders will be taking on Punjab Kings in the eighth match of the IPL 2022 at the Wankhede Stadium in Mumbai on April 1. KKR will be desperate to get back to winning ways in this contest. After they started their campaign on a high with a six-wicket win over the defending champions Chennai Super Kings in the curtain-raiser, the two-time winners suffered a three-wicket loss to the Royal Challengers Bangalore in the final over.

The Punjab Kings on the other hand will be upbeat after a morale-boosting five-wicket win over RCB in their season-opener last weekend. Bangalore had posted a stiff 205/2 riding on a superb 88 from skipper Faf du Plessis and a vital 29-ball 41 by Virat Kohli but, the PBKS batters put up an excellent performance to overhaul the massive total and add the first points to their tally this season. Punjab would now be eyeing a second straight win under their belt.

The Wankhede wicket is a perfect batting surface and a run-fest can be expected once the batters are well set at the crease. The last two matches in this tournament witnessed the teams batting first unable to post a challenging total on the board which eventually never turned out to be enough while defending. While the teams do not hesitate to bat first during afternoon games, the same is not the case during the evening matches as the dew factor makes its presence felt at this venue. Therefore, the captain that wins the toss should decide to bowl first.

Shikhar Dhawan showed a lot of promise donning the Punjab jersey for the very first time during the opening clash against RCB last weekend. He scored a blistering 43 runs off 29 deliveries including five fours and a six at a strike rate of 148.3. The southpaw was also involved in a 71-run opening stand with skipper Mayank Agarwal. The duo would yet again be expected to come out all guns blazing against the Kolkata-based franchise but more importantly, all eyes will be on Dhawan as the franchise will be hoping for him to score big this time around.

Umesh Yadav has been instrumental with the new ball in hand in the last two games. The senior fast bowler has registered four scalps to his name so far and has also been very economical as well. The Vidharbha pacer had picked up the key wickets of opener Anuj Rawat and Virat Kohli during KKR’s last encounter against RCB and tried his level best to keep the former champions in the contest who were defending a low total of 128. Yadav would be gunning for more wickets when Kolkata lock horns with their 2014 final opponents on April 1. At the same time, he would also be hoping to make an impact at the death. 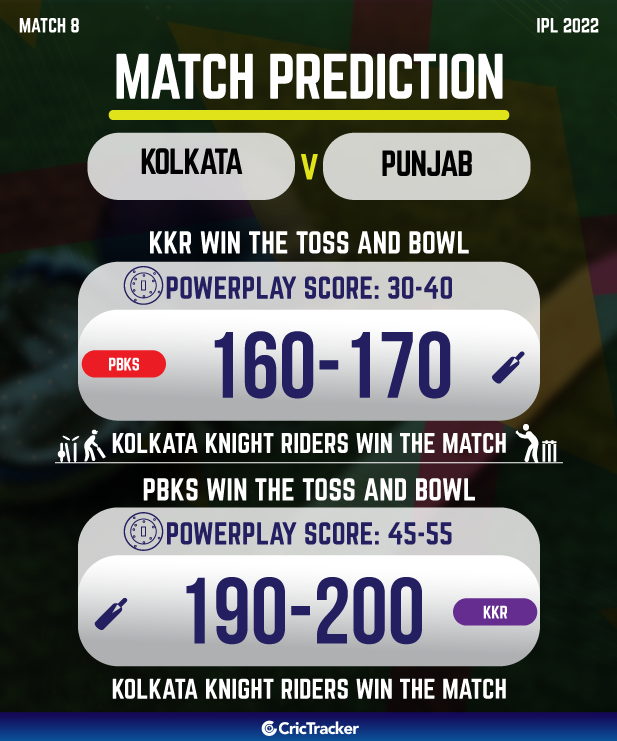