IPL mini-auction will be held on December 23, 2022, in Kochi and before that the franchises were given a deadline of November 15 to declare the list of retained players and released players for the next season. Now, with the declared list, it could be said that the franchises have retained the players that delivered some positive results to them with their performances. On the other hand, players with non-performing profiles have been released by the teams, irrespective of their reputation.

This time, the franchises have also taken some tough decisions of parting ways with some players who have been associated with their teams for a very long time. Fans of some big players will be pained to see their favourite cricketers going under the hammer in the next month’s auction. Going through the list of released players by franchises, a team could be created who can still deliver their best in the tournament with their vast experience and immense skills. 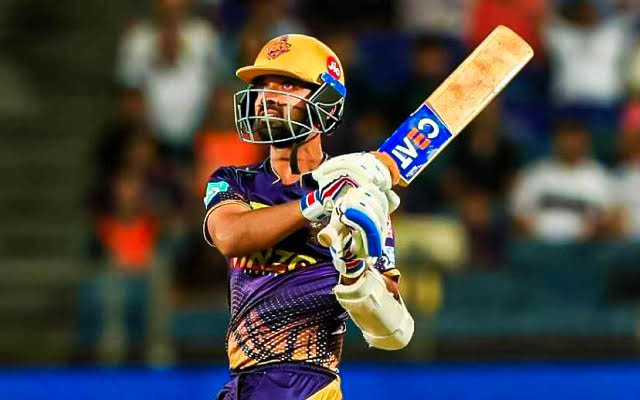 Ajinkya Rahane, despite not doing well in T20 cricket for a long time, is getting picked by IPL franchises due to his immense experience. Last year, he was bought by KKR at INR one crore and played seven games, and scored 133 runs with an extremely poor average of 19.00.

Nowadays, Rahane is failing to deliver his best but in the past, he was one of the biggest batters in the league due to his ability to provide fierce starts with his incredible batting skills. From 2012-2016, he looked fantastic against bowlers in the league.

In 2015, he gave tough competition to T20 specialists such as David Warner, Lendl Simmons, and Ab de Villiers for the orange cap by scoring 540 runs in 14 games. In the end, he lost to Warner by scoring 22 runs less but the batter while his skills showed how dangerous could be in the shortest format of the game also. 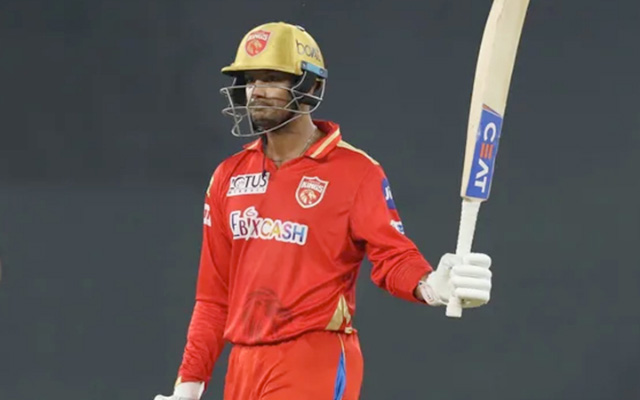 Mayank Agarwal has joined the list of released players as the Punjab Kings have decided to part ways with him after having an unsuccessful 2022 season as a skipper and player. In the last season, Agarwal’s bat remained quiet as the batter scored only 196 runs in 13 matches with a dismal average of 16.33.

As a skipper also, he failed to deliver fine results to the franchise as the team under his leadership ended in the sixth position and was unsuccessful in qualifying for the playoffs in the last edition of the marquee tournament. But Agarwal who has huge experience in the league would be able to play fine knocks with his skills in the future. 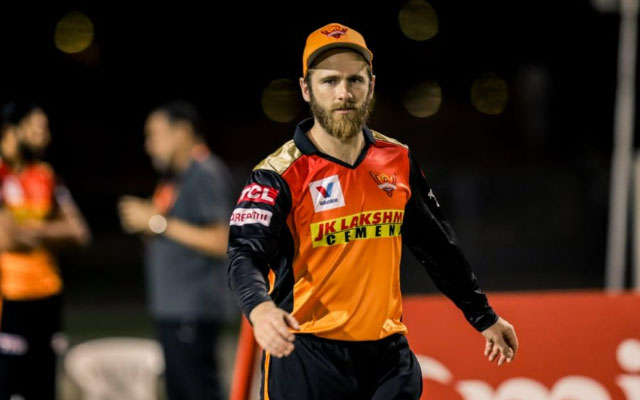 After going through a disappointing 2021 season, Sunrisers Hyderabad (SRH) released David Warner and trusted in the New Zealand skipper Kane Williamson’s leadership qualities to lead the team in the 2022 season. This time, in the list of released players, Williamson has also made it as the franchise was expecting him to change the team’s fortunes with his captaincy and batting, but the veteran couldn’t do much for his team.

Playing 13 matches in the last season of the competition, he left the franchise struggling by amassing only 216 runs with a horrendous average of 19.64. Talking about his performance as a captain, it could be said that the SRH looked helpless by winning 6 of 14 games and wrapping up the season without qualifying for the crucial next round.

In the past, Williamson had reserved a spot in the SRH camp with the amazing 2017 season by scoring 256 runs in seven matches, with a brilliant average of 42.66. His incredible show with the bat made him credible for the team’s captaincy in 2018 in the absence of regular skipper David Warner. With the captaincy mantle, he became more responsible and notched up 735 runs in 17 games. After appearing in all the seasons of IPL, it can be said that Manish Pandey has become a credible player in the league. In his IPL career, he represented different franchises such as Royal Challengers Bangalore (RCB), Pune Warriors India (PWI), Kolkata Knight Riders (KKR), and Sunrisers Hyderabad (SRH) and did well for them. Going through his excellent history in the tournament, the new franchise Lucknow Super Giants (LSG), in 2022, trusted the veteran by buying him at 4.60 crores.

But after one season, LSG have released him as he failed to do justice with his price tag. The new franchise had given him the responsibility to reinforce the batting unit of the team by contributing in the middle order, but in six matches of the season, he was inefficient with his bat scoring only 88 runs at a disastrous average of 14.67.

Back in 2009, Pandey had proved his mettle by notching up 114 runs against Deccan Chargers. With his impressive innings, he had become the first Indian to score an IPL century. After that innings, he gained the trust of some franchises and became one of the most reliable batters in the league. 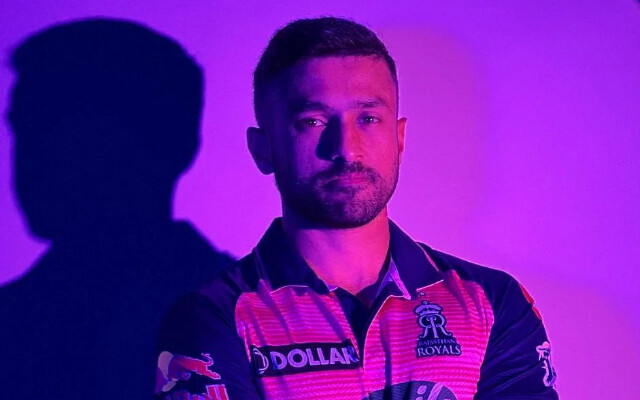 In the last season, Karun Nair was bought by Rajasthan Royals at INR 1.40 crore, and the franchise used him in only three games and he failed to turn up against bowlers. By scoring only 16 runs, he disappointed the franchise and for the next year, he hasn’t made it to the retained list of the RR.

Last season, Nair was inducted into the team to provide strength to RR batting in the middle. With the help of batters such as Jos Buttler, Sanju Samson, and Shimron Hetmyer, Nair could have proven dangerous against opponents but the batter couldn’t impress much due to his poor run with the bat.

In IPL 2016, Nair delivered his best by racking up 357 runs in 14 matches with an impressive average of 35.70. Unlike other franchises, RR didn’t give him a chance to bat in the number four position, and by batting him at umber 6, the franchise wanted to use him as a finisher.. 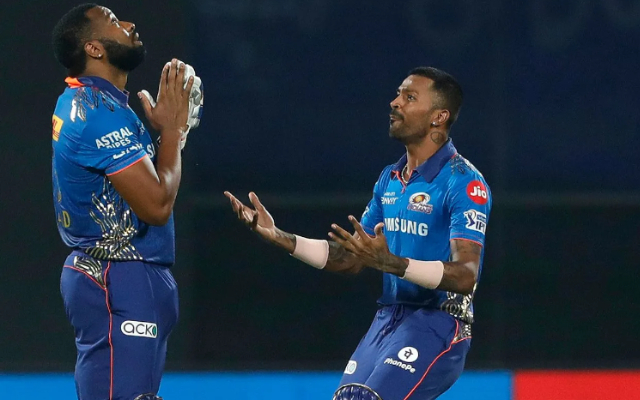 After 13 year-long association with Mumbai Indians, Kieron Pollard ended his stint as a player after getting released. The old servant of MI will remain in the team as the batting coach but as a player, he won’t be seen playing again in an MI match. In the last season, Pollard scored only 144 runs in 11 matches averaging 14.40.

Pollard, who was the most experienced player of MI, was expected to rock the 2022 season with his bat, but his back-to-back low scores were tarnishing his image as a batter. For MI, releasing him must be the toughest call as the former West Indies legend’s contribution has been massive in the franchise’s success in the league.

The veteran made his IPL debut in 2010 for MI against Delhi Daredevils (DD) and till 2022, he was an integral part of the franchise with his top-notch performances. After retirement, he ended with 3,412 runs in 189 matches averaging 28.67. As a power-hitter, he has turned many games towards MI in the last overs of the games and these figures show his giantness as a finisher. Jason Holder is a part of IPL since 2013 and in these years, he played for top franchises such as Chennai Super Kings (CSK), Sunrisers Hyderabad (SRH), Kolkata Knight Riders (KKR), and Lucknow Super Giants (LSG). Last year, LSG included him to display his adeptness as an all-rounder.

But the former West Indies captain looked out of rhythm in both batting and bowling departments. As a bowler, his expensive economy of 9.42 became a headache for the team despite scalping 14 wickets in 12 matches. While batting also, he couldn’t do anything special for his team with just 58 runs in 8 innings. Looking at his consistent failures, the franchise parted ways with him ahead of the mini-auction.

In 2021, Holder played for the SRH and took 16 wickets in just eight matches with an average of 7.75. With his scintillating show with the ball in 2021, the player attracted the LSG franchise in the 2022 auction and got INR 8.75 crores. 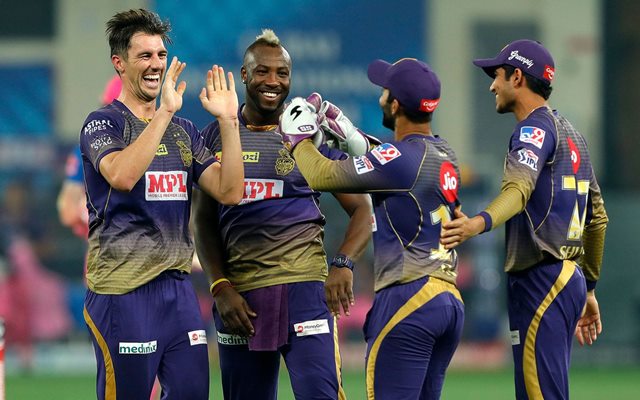 In the last season, Kolkata Knight Riders invested INR 7.25 crores in the Aussie pacer Pat Cummins. Trusting his wicket-taking ability, KKR also included him in the playing 11 for five matches but the speedster delivered below-par performances by bagging only seven wickets at an expensive economy of 10.69

The 29-year-old Aussie bowler won’t be a part of the league next year citing the packed international schedule. After his withdrawal, the KKR management also decided to release him ahead of the mini-auction in December.

Cummins, who bowls above 140 km/h, is known for wrecking batting line-ups and believing in his capability, the KKR believed in him again and again by spending a hefty amount. His ability to bat in the lower order also made him credible and attracted some franchises in the auction. 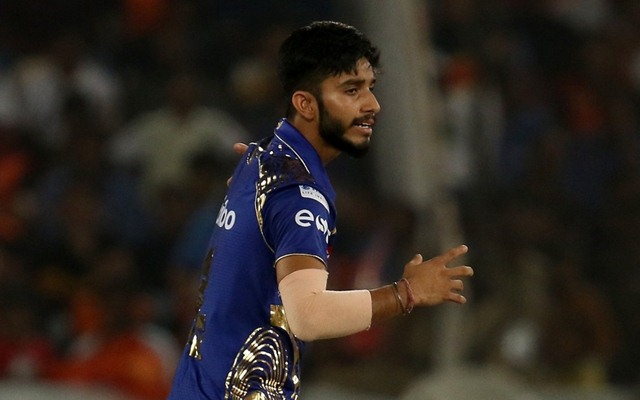 Mayank Markande made his IPL debut in 2018 in a Mumbai Indians jersey and he grabbed the opportunity by hunting 15 batters in 14 contests. With his leg-break bowling, Markande got praised by the supporters of the game.

In the next season, he again featured in the MI squad but this time, he was ruled out of the tournament due to his poor health. After the incident, he failed to recreate the magic with his spin attack. Appearing for Rajasthan Royals (RR) in 2021, he played in one game and went wicketless.

Last season, Mumbai Indians roped in Markande again but the bowler was kept away from playing 11 due to the availability of Murugan Ashwin. But in two games, he got a chance to play but the spinner lacked confidence and couldn’t repeat his past performances by bagging only one wicket. For the next season, he may not appear for Mumbai Indians again as the franchise has kept him on the release list. Shivam Mavi impressed fans with his under-19 performances in 2018 and his diligence also earned him a spot in Kolkata Knight Riders (KKR). In a KKR uniform, his first season didn’t go well as the youngster took only five wickets in nine matches at a high economy of 9.64.

In 2020, the franchise again gave him a chance to be a part of it and he looked better as compared to his debut season. This time, he bagged nine wickets in eight matches with an improved economy of 8.15.

In 2021, he delivered his best performance in the league by ending the season with eleven wickets in nine matches at an economy of 7.24, but again in 2022, the young gun came out with a flop show. Playing six games in the competition, he got five wickets. For the next season, KKR have released him and the bowler has to go under the hammer in the mini-auction to become a part of any franchise. Sandeep Sharma is one of the players to be released by Punjab Kings before the mini-auction. The bowler had returned to the franchise after five years and was unsuccessful in delivering charismatic performances by taking only two wickets in five games.

In the league, he is a renowned name due to his superb bowling skills. In 2013, his ability to bowl outswingers helped him to win the trust of Punjab Kings and he with his bowling didn’t break the franchise’s trust by getting eight wickets in four matches at an economy of 7.43.

With his disciplined bowling in the league, Sharma has established himself as a dependable bowler. In the majority of editions of the league, his economy has been under 8.00. In the intriguing contest against Virat Kohli, he became the most successful bowler by dismissing the star Indian batter most times in the league.