Indian Premier League has given the opportunity for T20 stars from around the world to assemble and strive to become the best of the best. It has also given a platform for talented youngsters to show their mettle on the big stage. Ever since the inception of the Indian T20 extravaganza in 2008, it has transformed the lives of many players around the globe and has undoubtedly revolutionized T20 cricket.

IPL auction has been an integral part of the marquee tournament as it provides the franchises a chance to revamp their squads and become a better version of themselves. There is a fixed salary cap for every franchise and this is done to ensure that the IPL market is a level playing field. Here we look at the total spending of all the ten teams of the Indian Premier League according to the reports of Moneyball. 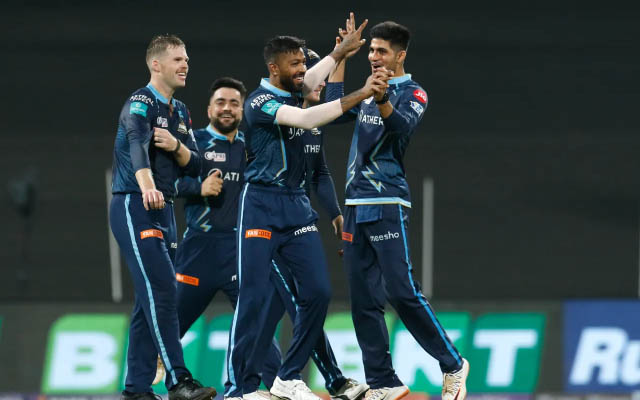 Gujarat Titans made a grand entry to the IPL landscape bagging Hardik Pandya, Rashid Khan, and Shubhman Gill as their draft picks for the 2022 season. They paid both Hardik and Rashid a whopping sum of INR 15 crore each. GT arrived at the auction table with INR 52 crore in their bag.

The Gujarat franchise broke the bank for roping in Kiwi speedster Lockie Ferguson and ace all-rounder Rahul Tewatia. GT signed Ferguson for INR 10 crore and Tewatia for 9 crore. They were also quite bullish about youngster Yash Dayal and picked him for 3.20 crore at the auction. Hardik & Co. invested INR 6.25 crore to add Indian veteran Mohammed Shami at their disposal.

Gujarat were quite smart with their picks and their signing of David Miller for INR 3 crore was one of the steals of the mega auction. Hardik & Co. spent a total of INR 88.3 crore to form a squad of 23 players having a nice blend of youth and experience. GT went on to create history by winning the IPL trophy in their debut season. Lucknow Super Giants, in the 2022 season, showed that they are quite unhesitant to break the bank for players on which they have an eye set. They spent a staggering sum of INR 17 crore to rope in KL Rahul as their number one draft pick. Moreover, LSG acquired the services of Marcus Stonis for INR 9.2 crore.

At the 2022 mega auction, the Lucknow franchise was quite big on roping express pacers and multi-faceted players. They went hammer and tongs to sign Avesh Khan and picked him for INR 10 crore. LSG’s other big buys at the marquee event included Jason Holder (INR 8.75 crore), Krunal Pandya (8.25 crore), and Mark Wood (7.50 crore).

Lucknow formed a well-rounded squad with 21 players and the new franchise spent INR 89.2 crore to form their team. LSG reaped the dividends of a good job at the auction table and qualified for the playoffs in their first season. 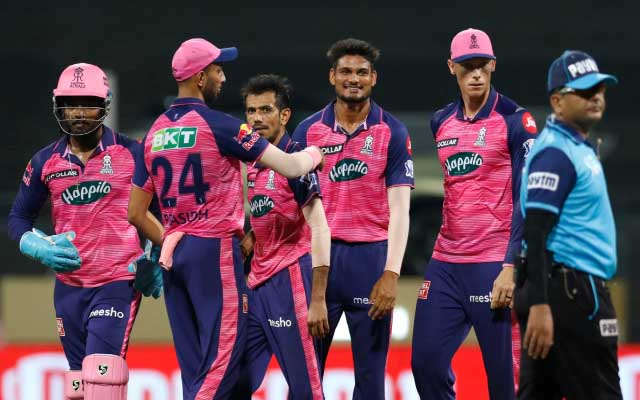 In 2008, Rajasthan Royals defied all odds and scripted history by winning the inaugural edition of the Indian Premier League. However, the Rajasthan franchise have not been able to recreate the magic ever since. The closest they went to the silverware was in the 2022 season, where they finished the tournament as runners-up.

The Rajasthan franchise are not known to be huge spenders at the auction table. This is evident from the fact that RR have invested a total of INR 613.3 crore in the 15 editions of the lucrative T20 tournament, which is the least among the teams featuring since 2008. However, there have been times when they have changed this norm and gone all out to sign certain players.

At the 2018 IPL auction, RR chased Ben Stokes and Jaydev Unadkat and grabbed the two players at INR 12.5 crore and INR 11.5 crore respectively. Rajasthan also created a lot of buzz when they gave an eye-popping sum of INR 16.25 crore to Chris Morris at the 2021 player auction, making him most expensive buy in the history of IPL. Sunrisers Hyderabad, under the leadership of David Warner, wrote their names in history books by winning the IPL title in 2016. In the seasons post that, they were quite consistent and reached the playoffs on four straight occasions but they were not able to go all the way. However, Hyderabad’s performance has dipped of late and they have finished in the eighth position in their last two seasons.

SRH have generally maintained a low key at the auction table and this is the reason why they stand seventh on the list of franchises to have spent the most. However, at the 2018 player auction, Hyderabad left no stone unturned to acquire the services of Manish Pandey and Rashid Khan and signed them for INR 11 crore and INR 9 crore respectively.

At the 2022 mega auction, Hyderabad went all guns blazing to draft Nicholas Pooran into the team and eventually grabbed him for INR 10.75 crore. SRH also paid a hefty amount of INR 14 crore to retain Kane Williamson for the 13th edition of the tournament. 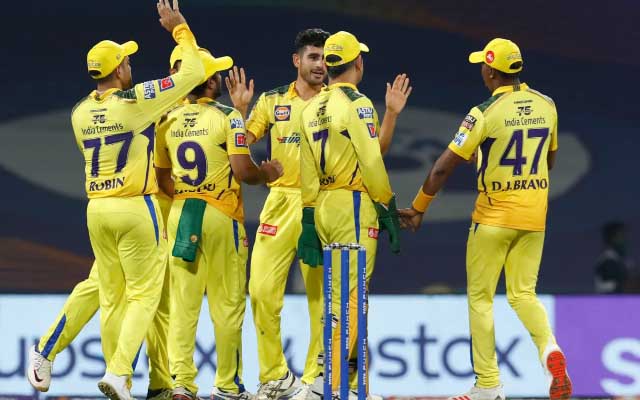 Chennai Super Kings have been the most consistent team in the history of the Indian Premier League. In the 13 editions played by the franchise, CSK have won the tournament on four occasions and have been runners-up five times. The most recent triumph of the Chennai side came in 2021.

The four-time IPL champions have spent a total of INR 761.1 crore in a bid to sign top-quality personnel of their choice at the lucrative T20 tournament. At the inaugural auction in 2008, Chennai grabbed the services of MS Dhoni at INR 9.5 crore, which proved to be one of the historic buys of the franchise as it was under Dhoni’s leadership CSK went on to become one of the most dominant teams in the cash-rich league.

Ahead of the 2012 season, CSK realized the value of an all-rounder of Ravindra Jadeja’s caliber and they spent a whopping sum of INR 12.8 crore to acquire him. Jadeja has been instrumental in the success of the team and the four-time IPL champions retained the southpaw for INR 16 crore ahead of the 15th edition.

The Chennai side is known to be big on player loyalty and this was on show when they went hammer and tongs to re-sign Deepak Chahar at the 2022 mega auction and successfully grabbed him for an insane sum of INR 14 crore. 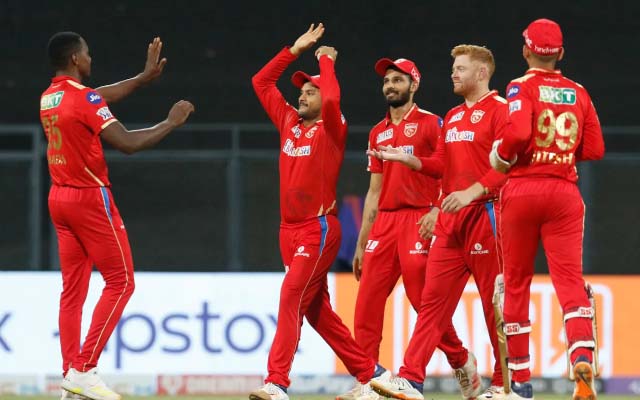 Punjab Kings (formerly Kings XI Punjab) had not had much success at the lucrative T20 tournament. They qualified for the knockout round in the inaugural season and then reached the finals in 2014. However, barring these two seasons, the playoff spot has eluded the Punjab franchise time and time again.

In a bid to rebuild the squad, PBKS have made wholesale changes at times and spent big money at the auction table. Ahead of the 2018 season, the Punjab team acquired the services of swashbuckling batter KL Rahul for INR 11 crore. They went all guns blazing to pick Glenn Maxwell for the 14th edition of the tournament and signed him at INR 10.75 crore.

At the 2021 IPL auction, the Punjab franchise spent a staggering sum of INR 14 crore for Jhye Richardson. They also went bonkers at the 2022 mega auction to grab Liam Livingstone and ultimately managed to pick him at INR 11.50 crore. The total investment done by PBKS over the years would add up to INR 778.3 crore. 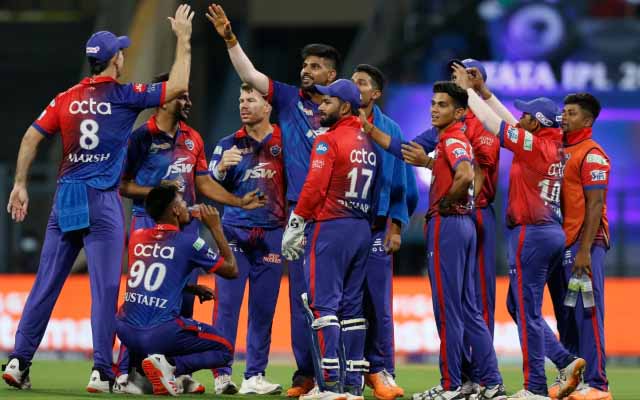 Delhi Capitals (Delhi Daredevils till 2018) have been plagued by inconsistency over the years and are yet to get a hold of the silverware. However, In the last four seasons, they have played some impresive cricket and qualified for the playoffs thrice. In the 2020 season, they even reached the finals but lost the summit clash to Mumbai Indians.

In 15 editions of the lucrative T20 tournament, DC have invested a total of INR 826.6 crore. On some occasions, they have broken the bank to sign a player. At the 2014 player auction, the Delhi team shelled out INR 12.5 crore to pick Dinesh Karthik. Then in the following auction, Capitals chased Yuvraj Singh and eventually signed him for 16 crore.

For the 2018 season of the cash-rich league, DC paid INR 9 crore to add Glenn Maxwell to their arsenal. Another big buy from Delhi’s end came in the previous IPL auction, when they signed Shardul Thakur for an eye-popping amount of INR 10.75 crore. Kolkata Knight Riders have been one of the most successful franchises in the history of the lucrative T20 tournament, having won the IPL title in 2012 and 2014. In the 14th edition, the Kolkata franchise got to the final showdown but suffered defeat at the hands of Chennai Super Kings.

Kolkata have made many marquee signings and at times have to spend a hefty sum to rope in players of their liking. KKR went all guns blazing to sign Gautam Gambhir at the 2011 player auction and finally obtained him for INR 14.9 crore. This proved to be an outstanding buy as it was the under the leadership of the Gambhir that the Knight Riders won twin championships.

At the 2020 IPL auction, KKR went all out to pick Pat Cummins and paid a whopping sum of INR 15.5 crore. In the previous auction, the Kolkata franchise left no stone unturned to acquire Shreyas Iyer and signed him for INR 12.25 crore. In total, the two-time IPL champions have spent around INR 852.5 crore in the 15 years of the high-profile competition played thus far. 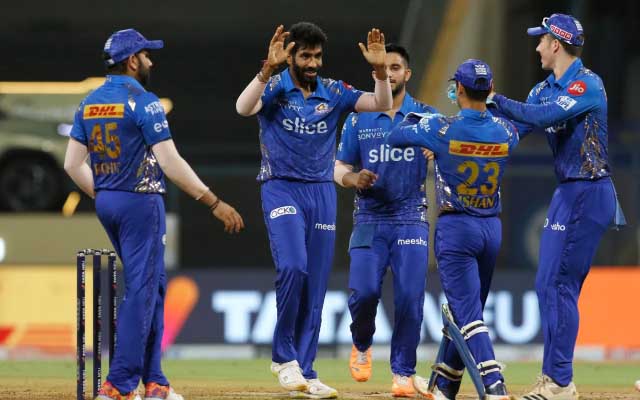 Mumbai Indians are the most successful franchise in the IPL. Under the leadership of Rohit Sharma, they have won the T20 extravaganza on five occasions with the most recent triumph being in 2020. Also, they have ended the runners-up position once. However, in the last edition, they were a pale shadow of their vintage self and were the wooden spoon holders of the competition.

MI are far behind when it comes to offering hefty paychecks to sign players. In the 2022 mega auction, they went hammer and tongs to pick Ishan Kishan and ended up giving INR 15.25 crore to acquire him. The Mumbai side also shelled out INR 8.25 crore to pick the power-hitter Tim David. 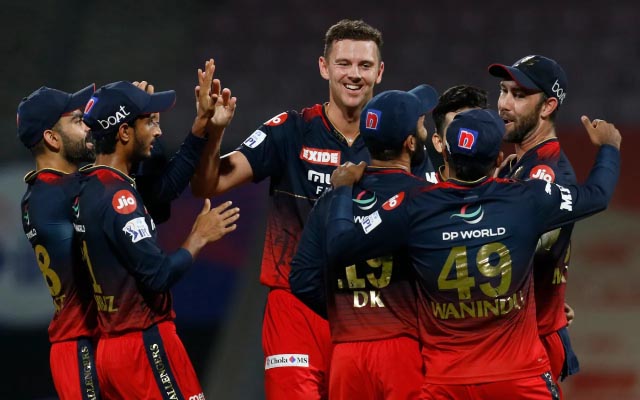 Royal Challengers Bangalore have been one of the most popular franchises in the cash-rich league. RCB have shown glimpses of brilliance at the marquee tournament but are yet to write their names on the history books. The best years of Bangalore have been 2009, 2011 and 2016, where the franchises finished in runners-up positions.

RCB are at the top of the list of heavy money spenders at the tournament, having invested a mammoth INR 910.5 crore since the inception of the tournament. On many occasions, they have grabbed the limelight with their big signings. At the 2014 IPL auction, the Bangalore franchise paid an insane amount of INR 14 crore to sign Yuvraj Singh.

Again ahead of the 2017 season, RCB acquired the services of Tymal Mills for an eye-popping sum of INR 12 crore. Also, in the 2021 player auction, the Bangalore team moved heaven and earth to pick Kyle Jamesion and Glenn Maxwell, signing the duo for a combined amount of INR 29.25 crore.