Kolkata Knight Riders and Mumbai Indians will come face to face in the 14th match of IPL 2022 on Wednesday. KKR have managed to win 2 out of 3 matches in the tournament, but this match is likely to be their toughest battle. They have won only 7 out of their 29 games against MI and would be looking to improve their record. Australian Test captain Pat Cummins, who joined the KKR camp last week, would be available for selection and it would be interesting to see how the team manages to get him in the playing 11.

Mumbai Indians, on the other hand, are yet to win a game in the tournament. They lost their previous match against Rajasthan Royals by 23 runs after MI’s batters failed to chase down the target of 194 runs. Suryakumar Yadav might be included in the playing 11 in this game and that might strengthen their middle-order.

It will be the third match of the season on this ground. Both the games have been won by the team batting first and the same might get repeated in this game. Batters have found it easy to score runs here and the bowlers will have to do a lot of work to have a chance in this game.

Shreyas Iyer made 26 runs off 15 deliveries in the previous match against Punjab Kings. He is yet to hit a six in the tournament. Iyer has been in great form with the bat recently and might play a key role for KKR in this game.

Tilak Varma played a sensational innings in the previous game. He scored 61 runs off 33 deliveries and was the highest scorer for MI. He hit 3 fours and 5 sixes in the match.

Andre Russell won the previous game for KKR single-handedly against PBKS. Russell made 70 runs off 31 deliveries in the match and helped the team chase the target of 138 runs in 14.3 overs.

Kieron Pollard made 22 runs off 24 deliveries in the previous game against RR. Pollard is yet to show his true potential in the tournament and this might be the game where we might see him contribute with both the bat and the ball.

Umesh Yadav has been adjudged the player of the match in both the games that KKR have won. He has picked 8 wickets in 3 matches at an average of 7.38, an economy of 4.92, and a strike rate of 9.

Jasprit Bumrah was the pick of the bowlers for MI in the previous match. He picked 3 wickets in 4 overs and gave away just 17 runs.

Ishan Kishan has scored a half-century in both matches. In the first game, he made 81 runs off 48 deliveries which was followed by 43 balls 54 runs innings against RR.

KKR vs MI Must Picks for Dream11 Fantasy Cricket: 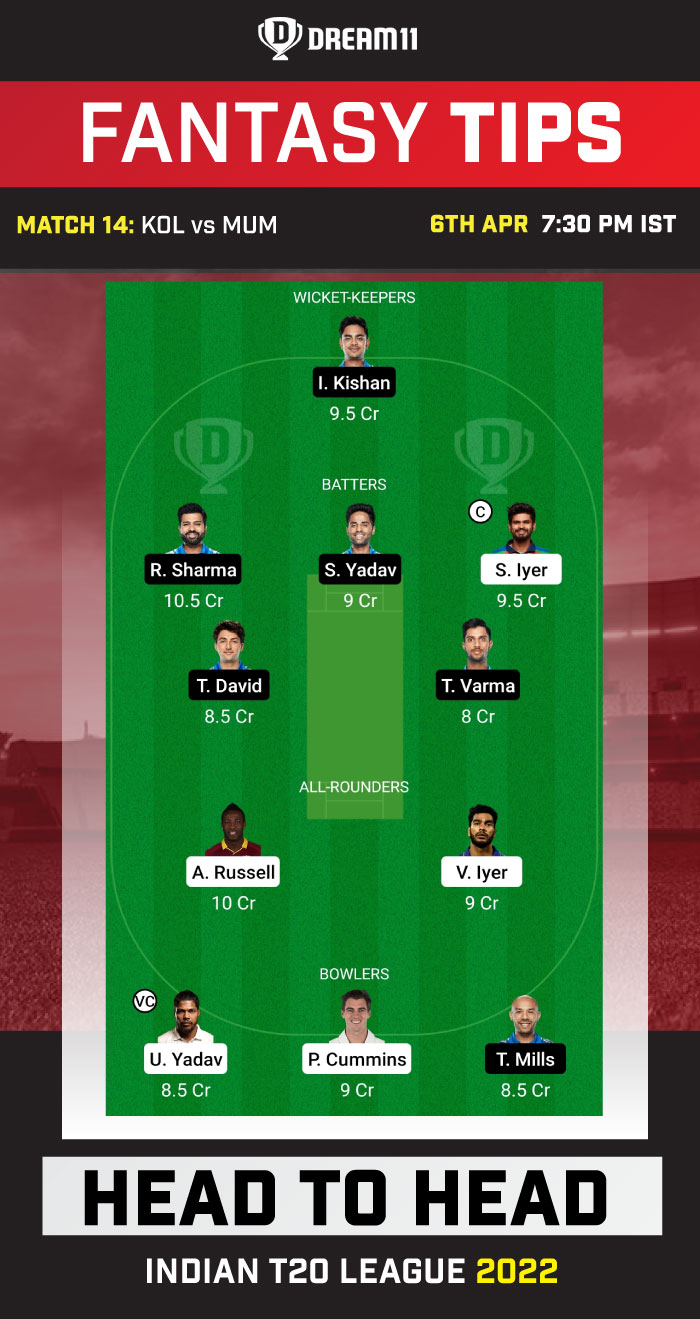 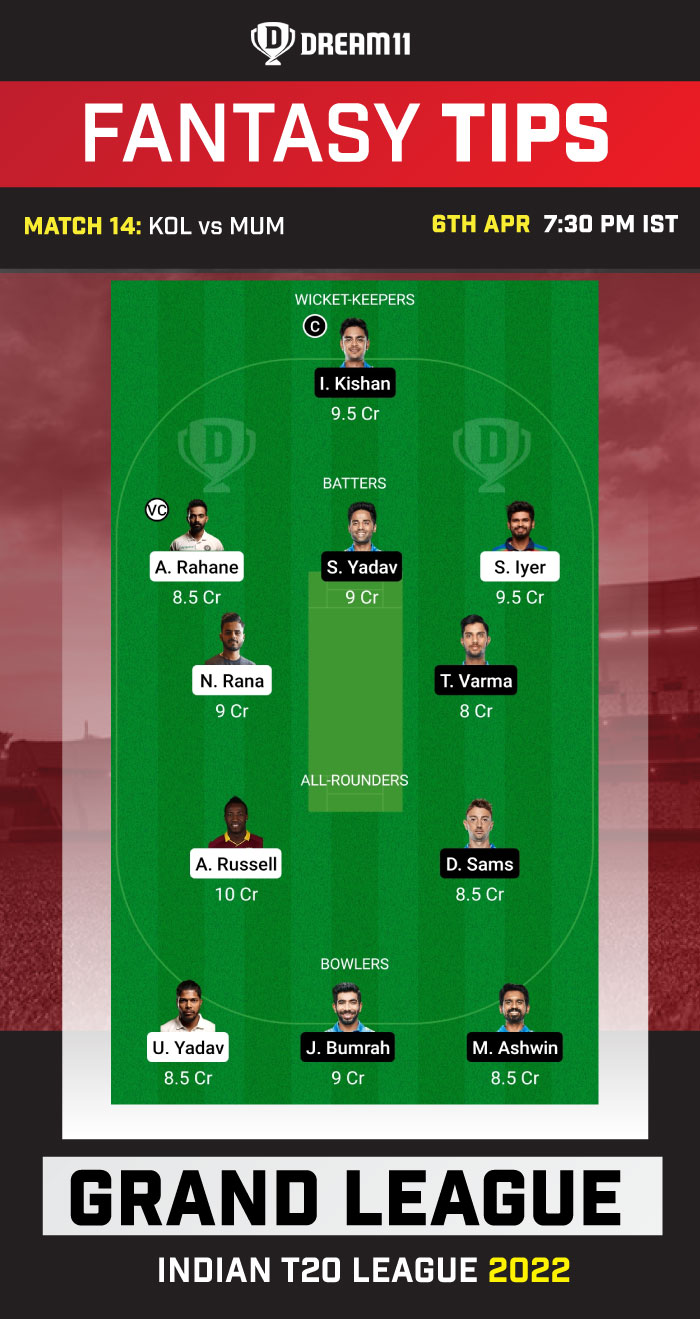 Tymal Mills did pick 3 wickets in the previous match but gave away 35 runs in 4 overs. He has been bowling with great intensity and might be a risky choice to be the captain of your fantasy team.

Daniel Sams is yet to showcase his skills in the tournament and is still looking for his first wicket. You can take a risk of picking him as the captain of your fantasy team.

Anmolpreet Singh is batting in the number 3 position for MI. But, he has completely failed to play a good knock. Anmolpreet has faced only 13 deliveries in the two matches and has scored 13 runs. MI might bring Suryakumar Yadav in place of Anmolpreet and hence, you can avoid him for this game.