Kolkata Knight Riders will go head to head against Punjab Kings in the 8th match of IPL 2022 on Friday. Kolkata Knight Riders were ordinary with the bat in the last game against the Royal Challengers Bangalore, as a result, they lost the match by 3 wickets in the final over of the match. Bowlers have done a splendid job in both the matches and need more appreciation for their efforts. Shreyas Iyer used his bowlers quite well and it will be interesting to see how he handles the pressure in the coming matches.

Punjab Kings, on the other hand, were mind-blowing in their opening encounter against the Royal Challengers Bangalore as they wrapped up a 5-wicket win with an over still left in the match. Shahrukh Khan and Odean Smith’s powerful hitting, in the end, won the game for them. There is no doubt they have got depth in their batting and need to focus more on their bowling.

There is plenty of assistance out there for the bowlers and it’s not easy for the batters to come and straight away smash fours and sixes. Keeping wickets in hand till the end will win matches.

Also Read: Andre Russell got injured while saving a boundary but wanted to get the job done: Brendon McCullum

Ajinkya Rahane, who did everything right in the winning cause against the Chennai Super Kings, wasn’t able to carry forward the same form against Royal Challengers Bangalore. In the 2 matches in this tournament, he has added 53 runs at a strike rate of 120.45.

Mayank Agarwal provided a solid foundation against the Royal Challengers Bangalore and scored a 24-ball 32. He was timing the ball really well and was dismissed in the 8th over.

Andre Russell is an asset for whichever team he plays. He can bat anywhere in the order according to the team’s needs and can even bowl overs in crucial moments.

Odean Smith was expensive with the ball against the Royal Challengers Bangalore and made it up for that with a match-winning innings of unbeaten 25* runs from 8 balls which included one four and three sixes. He is a powerful stroke-maker and no ground is big for him.

Tim Southee brought the Knight Riders back in the game against the Royal Challengers Bangalore by picking up two wickets in the 18th over. However, it wasn’t enough to win the game for his side. He returned with figures of 3 for 20 in his full quota of 4 overs.

Rahul Chahar held things tight and didn’t go for plenty of runs against the Royal Challengers Bangalore. He picked up a wicket at an economy of 5.5.

Bhanuka Rajapaksa came out of the syllabus and scored a quickfire 43 runs from 22 balls against the Royal Challengers Bangalore. He plays the spinners really well.

KKR vs PBKS Must Picks for Dream11 Fantasy Cricket: 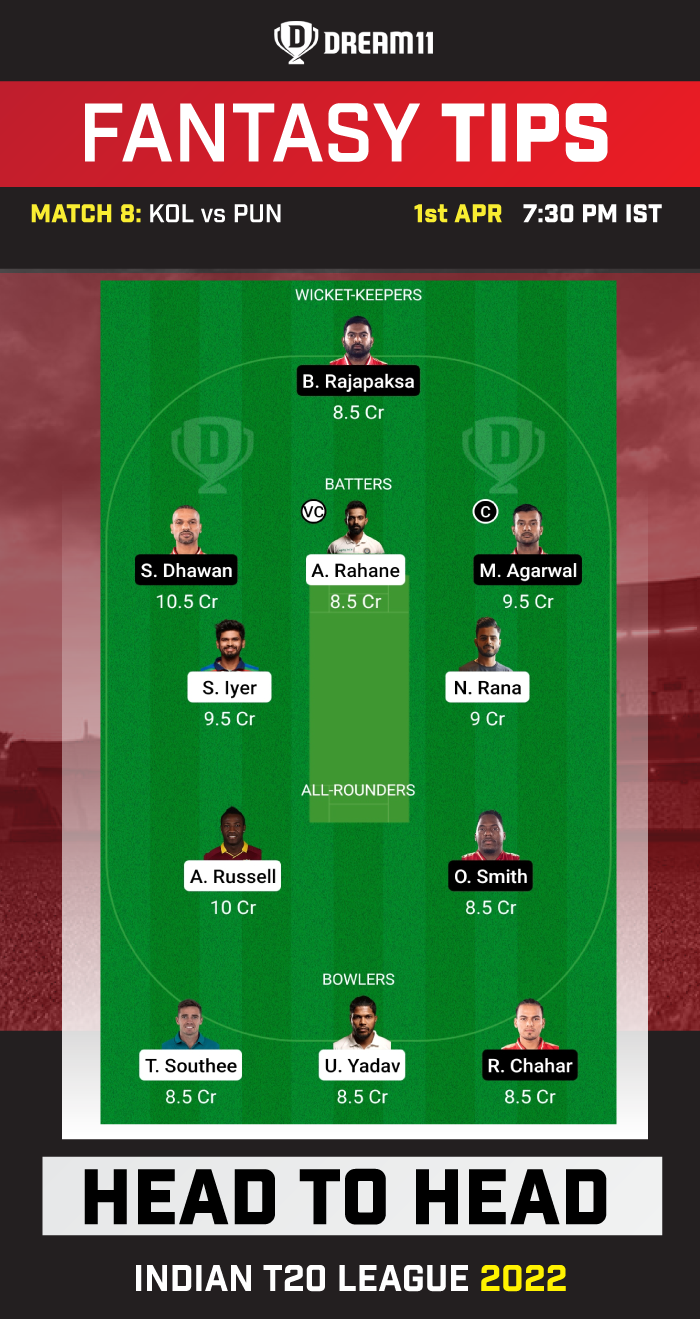 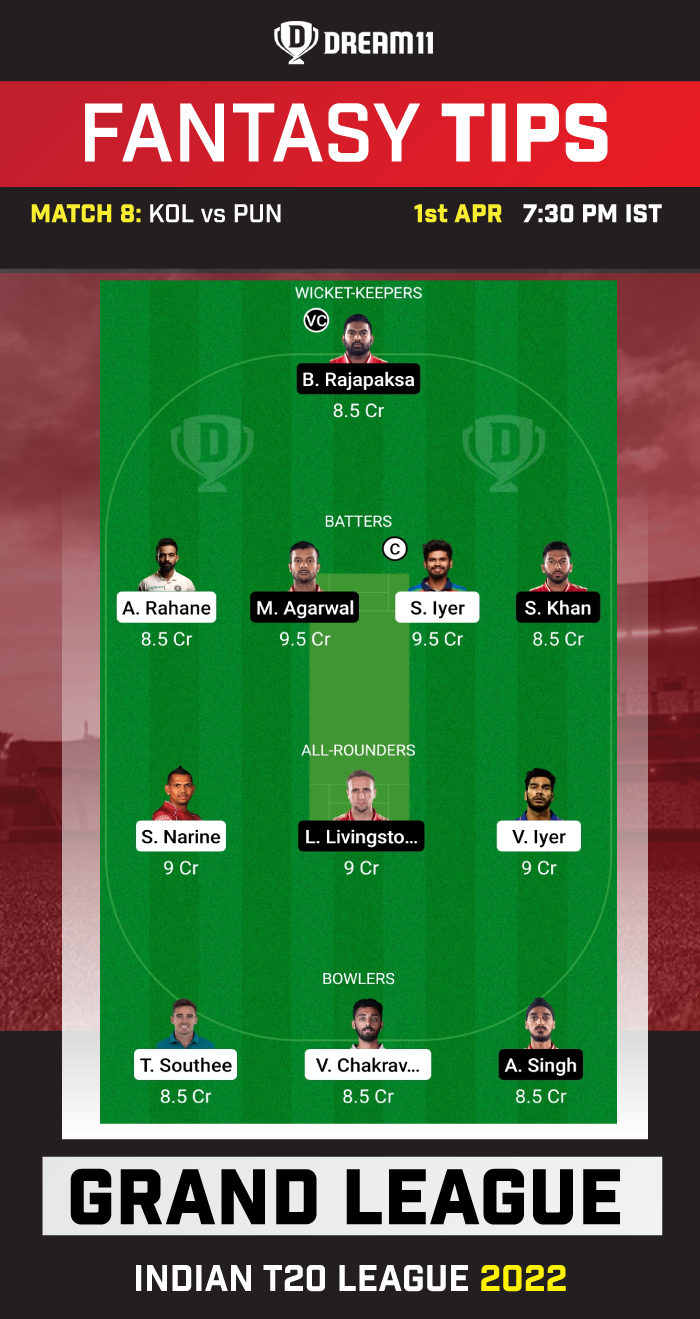 Venkatesh Iyer has just scored 26 runs in the last 2 matches. You can take a risk and pick him as your fantasy team skipper.

Liam Livingstone is an effective all-round cricketer in this format of the game. He smashed a 10-ball 19 runs against the Royal Challengers Bangalore. He is a risky captaincy pick for your fantasy teams.

Raj Bawa is still young and inexperienced, it’s better to avoid him in your fantasy teams.