The third match of the 2022 Hundred competition will be played between Manchester Originals and Northern Superchargers on August 5 (Friday) at the Emirates Old Trafford, Manchester. Both teams are studded with some power-packed batters and an entertaining match is on the cards.

Talking about their previous year’s performance, Manchester Originals finished at the sixth spot after winning two games and facing defeat in four encounters. Northern Superchargers on the other hand finished fifth with three wins and four losses in their eight matches.

Where to watch live – Fancode

The wicket at Old Trafford, Manchester provides an equal contest between bat and ball, with the new ball bowlers getting some swing early on, but as the match progresses, the wicket becomes easier to bat on with the batters taking full toll once set. The skipper winning the toss might choose to bowl.

Probable best batter of the match:

Senior batter Luke Wright will want to have a good outing in the first match against Manchester Originals. Wright will most probably open the innings for his team and will look to do the damage during the field restrictions. He holds a lot of experience in playing several T20 leagues and will want to use all of his experience to give a perfect start to his team. 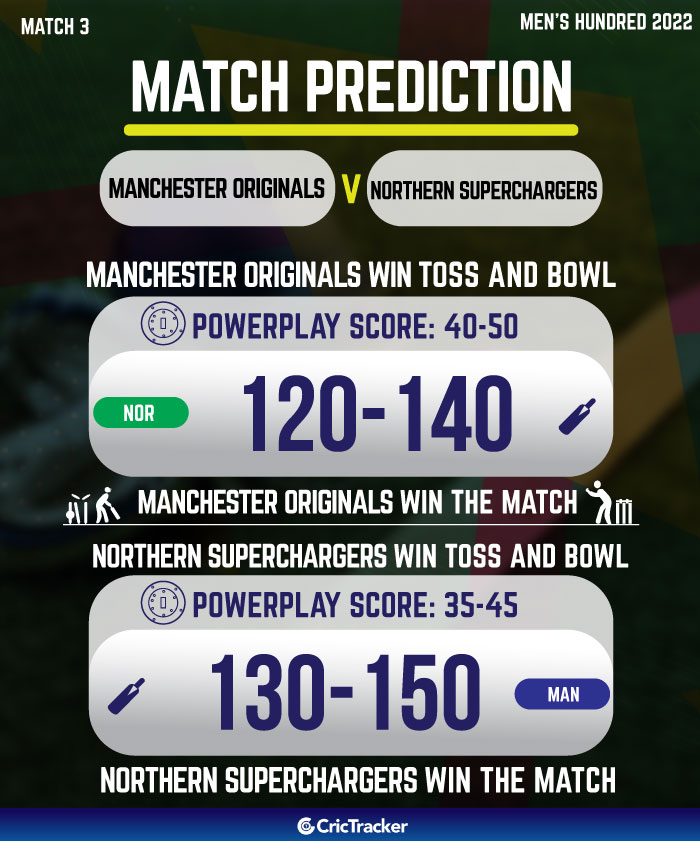