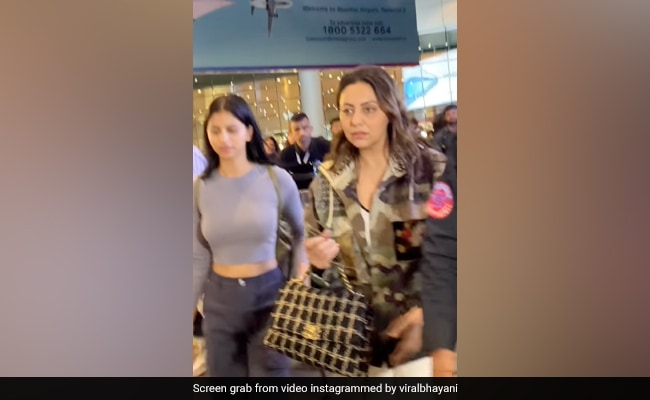 Suhana Khan and Gauri Khan have returned to Mumbai a few hours ago after attending an event in Dubai. During this, she was spotted at the airport, whose paparazzi shared a video. In the video, Gauri Khan is seen sporting a jacket with white pants and top. During this, she is seen in a no makeup look. However, she is seen refusing to get photos and videos clicked. On the other hand, in blue jeans and matching crop top, Suhana Khan is seen giving a cute smile to the paparazzi.

Fans are also seen commenting on this video of Gauri Khan and Suhana. A fan wrote while commenting, our queen and princess. Another user wrote, Mother is looking more beautiful than daughter. And the father is more handsome than the son. The third user wrote, Gauri is tired. But still looking beautiful.

Let me tell you, in the past, Gauri and Suhana Khan were seen in a no makeup look in a get together, whose video became quite viral. At the same time, the fans praised the look of both. On the work front, Suhana Khan is soon going to make her Bollywood debut with Zoya Akhtar’s film The Archies.