The Netherlands will be raring to put on a fight, going into the second ODI against England on June 19 (Sunday), after facing an embarrassing 232-run loss against the visitors in the first ODI. England set up a world record total of 498 runs in the first innings, which was architected by the in-form batter Jos Buttler, who scored an unbeaten 162 runs off 70 balls on June 17 in Amstelveen

Apart from Buttler, there were two more centurions in Phil Salt and Dawid Malan who scored 122 and 125 respectively.  Liam Livingstone arrived at the back-end to score 66* off 22 balls, hitting a 17-ball fifty along the way, which is the fastest ODI fifty for an Englishman. England broke the previous record of 481, which was set by themselves in 2018, and also broke the record for the highest total in List A cricket that Surrey previously held for a total of 496.

Going into the second innings, the game was virtually over for the Dutch, and it was the only formality for the batters to turn up for a chase. However, the silver lining for the Dutch was the overall performance of their batters who put up a respectable total of 266 in 49.4 overs. Opener Max O’Dowd scored a run-a-ball 55 and Scott Edwards scored an unbeaten 72 off 56 balls, showing some promise for the hosts going into the next game.

Since the start of ODI cricket at VRA Cricket Ground in 1999, the most visible pattern on the ground has been the batting team winning the match after putting a huge total on board in the first innings. Teams batting first went on to win 14 times, as opposed to bowling teams winning nine times. And in the last ten years, teams batting first have won six times, with only two matches going in favour of bowling teams. This ground has seen some of the biggest totals such as 443 by Sri Lanka in 2006 and 341 by South Africa in 2013. The coming game should also be in for a run-scoring feast.

Probable best batter of the match

Buttler is arguably the best batter in limited-overs cricket right now, and he showed it again in the first ODI with an explosive ton. He was also the top scorer in the Indian Premier League (IPL) 2022, scoring 863 runs in 17 matches at an average of 57.53 and a strike rate of 149.05. With the kind of form, he is in at the moment, he is expected to put on a show yet again with the bat.

Off-spinner Moeen Ali bowled a tidy spell in the first ODI, finishing with figures of three for 57 runs in 10 overs. The top-order batters went after Ali for big shots and in the process, lost their wickets in the first ODI. His experience on a belting wicket might come in handy against the hosts in scalping key wickets although he might be taken for a few runs. 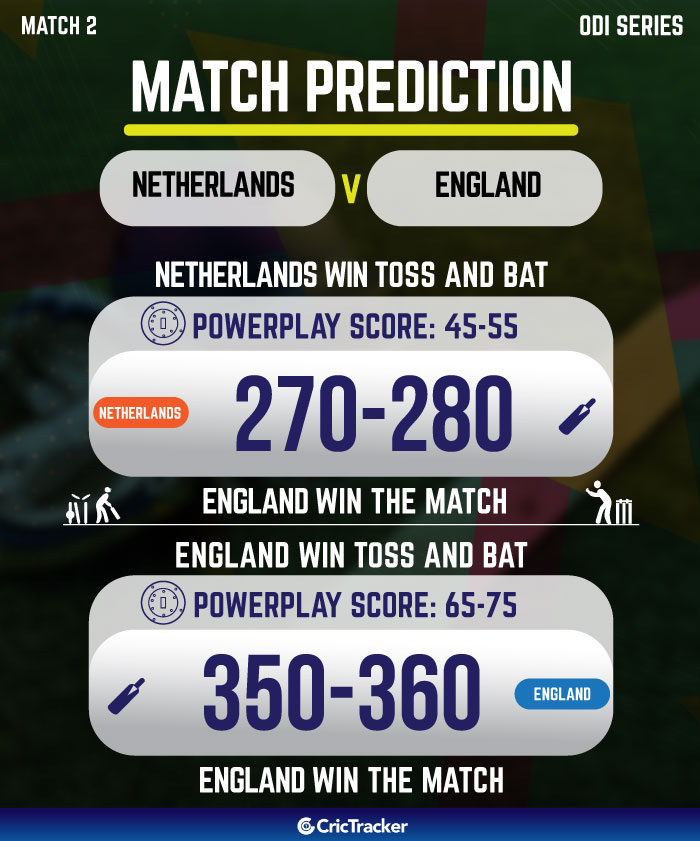