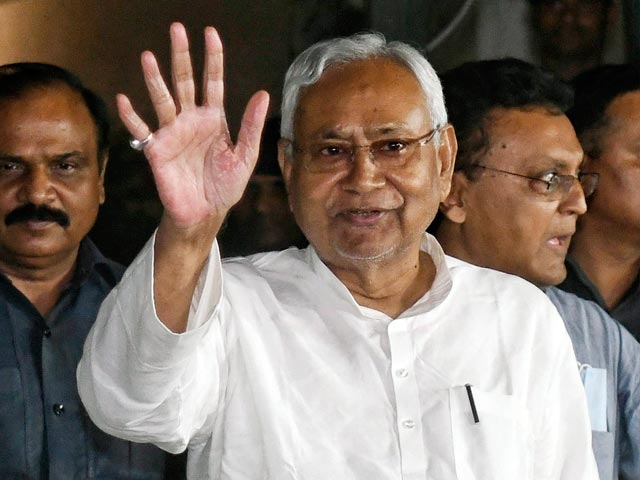 Bihar Chief Minister Nitish Kumar on Tuesday expressed doubt that Upendra Kushwaha may be in touch with the Bharatiya Janata Party (BJP). Kumar was answering questions from reporters about Janata Dal-United (JDU) parliamentary board chief Upendra Kushwaha. He rejected Kushwaha’s claim that the party has become “weak” in recent times and senior party leaders are in touch with the BJP. Kumar said, “They should take the name of at least one leader who is in touch (with the BJP). Those who want to contact themselves are making such allegations.

Rejecting Kushwaha’s claim about the party’s weakness, he said, “Our numbers have increased from 50 lakh to 75 lakh in the latest membership drive.” ) was merged with JDU. There were reports that Kushwaha could become the Deputy Chief Minister. However, dismissing these reports, Kumar clarified that Rashtriya Janata Dal (RJD) leader Tejashwi Yadav will continue in this post.

Last week, Kushwaha was in Delhi for a medical check-up and his photographs along with some BJP leaders at the All India Institute of Medical Sciences (AIIMS) had surfaced on social media. It was believed that these pictures were ‘deliberately’ put on social media in support of Kushwaha. Speaking to reporters on the sidelines of an event, Kumar said, “If he has any unfulfilled ambition, he never told me about it.” He can go wherever he wants. Although here they get respect. Kushwaha has made it clear that he will “never become a member of the BJP” but sidestepped the question of forming a party and joining the National Democratic Alliance (NDA) ahead of the 2024 Lok Sabha elections.