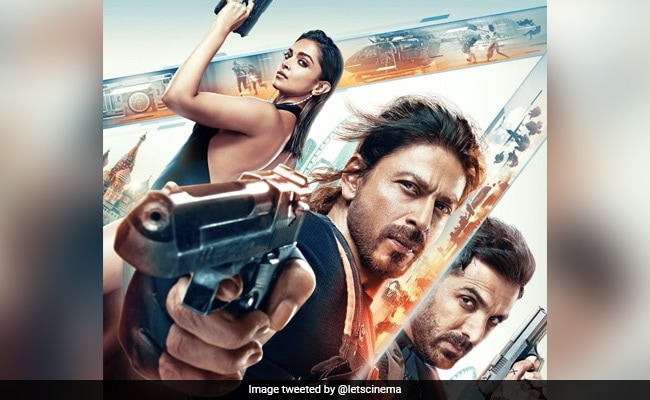 Shahrukh Khan’s fans have given such a surprise to King Khan which he had not even thought of. Shah Rukh Khan’s Pathan has released today. Boycott trend was also going on regarding the film. But the action film painted in the color of patriotism is getting a lot of love from the audience. Not only this, the film is also getting good reviews. In this way, riding on the wave of positivity, Pathan is expected to rise like a storm ahead. Meanwhile, according to the initial estimates of the film business website Saqnilk, the film can do a business of more than 50 crores on the first day at the box office. (Read Pathan’s film review)

According to the Twitter page of the website, ‘According to the initial estimate of the first day of Pathan, the figures can be Rs 52.50 crore. While gross 62 crores. If the film does better than expected on the single screen, then the figures can go up further. In this way, Shah Rukh Khan has given a hint of his star power at the box office. If the film is released on Wednesday, then it has five, and seeing this, the figures of the film are expected to be shocking. Not only this, even on January 26, the figures of the film will come as a surprise because the advance booking has so far reached close to Rs 26 crore.

If single screen scores better than expected then it can be more than that (data awaited).

In this way, the film of Shahrukh Khan, Deepika Padukone and John Abraham has shown the charisma at the box office which was waiting for a long time. Pathan film has been directed by Siddharth Anand.