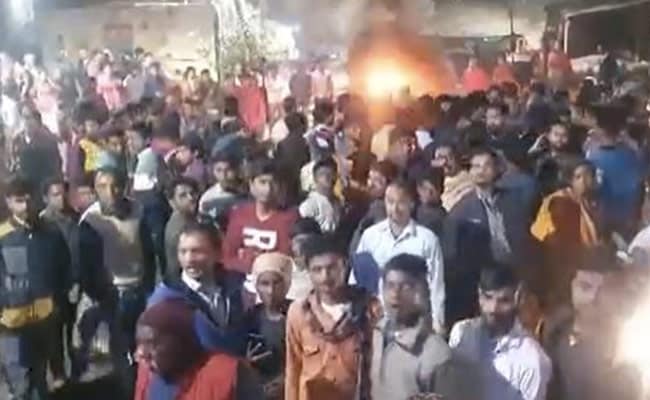 Last night, the police of Patna’s Bypass police station, which went to arrest the accused of attacking the police four-five days back in Mathani Tal area, had to face fierce opposition. When the police arrested Piku Kumar, a tea seller, the local people started creating ruckus. It is alleged that the police fired several rounds to calm the ruckus. However, the police has denied this.

Women who came to lay siege to the police station in protest against the arrest of a tea shopkeeper in Bypass police station area of ​​Patna were lathicharged.#Bihar pic.twitter.com/qM13rBaOuD

Enraged by the arrest of Piku Kumar, the local people created ruckus by burning tires on the road. People were so angry that they reached to lay siege to the bypass police station. After this, the police fiercely lathicharged the women and people who came to protest. The relatives of the tea shopkeeper, who came to arrest him, told that the police come to collect money. If the money is not given, he is caught in the liquor case and sent to jail. Police is continuously torturing. People are very upset due to this. The situation in the area remains tense. There is a lot of anger among the people.

Chances of drizzling in Delhi, snowfall in Kashmir-Himachal