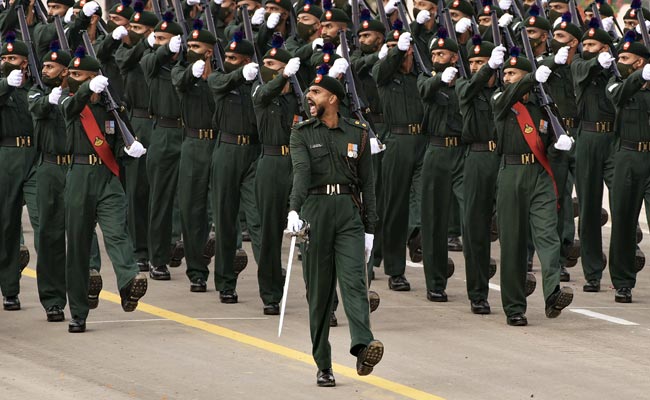 Parade as usual on Kartavya Path (formerly known as Rajpath) of the country’s capital Delhi Republic day will be the main attraction of the function. In this parade on Thursday 26 January, a large number of people will reach to see the march past of the personnel of the Indian Defense Forces, the tableaux of different states and the flypast of military aircraft.

Step 1: Visit the Invitation Management System (IMS) or Aantran online portal of the Ministry of Defence.

Step 2: Enter your mobile number and then enter the OTP sent to it.

Step 3: Fill other details like- your name, date of birth, address and captcha code and register.

Step 4: Select “Republic Day Parade” from the list of events, then select ID type and upload a valid ID proof.

These tickets can also be bought from the booths and counters of Sena Bhawan, Shastri Bhawan, Jantar Mantar, Pragati Maidan and Parliament House. While purchasing tickets offline, you will have to show original photo ID card like Aadhaar card, driving license, PAN card or passport.

ticket price
Tickets for the Republic Day Parade are available for ₹20, ₹100 and ₹500, while tickets for the Beating Retreat (full day rehearsal) on 28 January cost ₹20.

republic day 2023 parade timings
The Republic Day parade will start at 9 am on January 26. Due to security arrangements for the Republic Day celebrations, four metro stations – Central Secretariat, Udyog Bhawan, Patel Chowk and Lok Kalyan Marg – will remain closed in the morning.