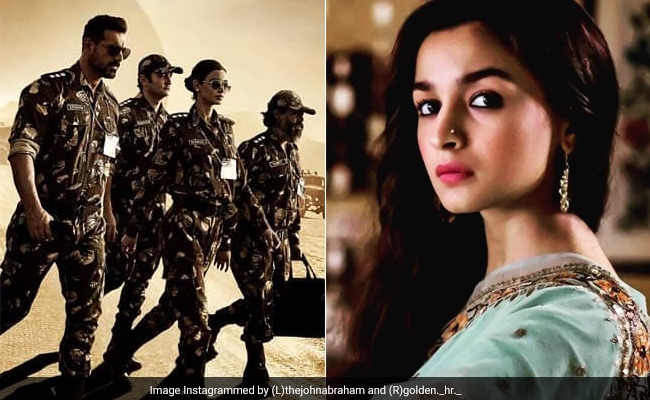 This year on January 26, the country will celebrate its 74th Republic Day. On this national festival, there is a feeling of patriotism in everyone’s heart. There are some Bollywood movies which make this feeling even stronger. On this occasion, if you want, you can take out time and watch these films. Mostly inspired by real incidents, the stories of these films will fill you with enthusiasm with the spirit of patriotism. Let’s look at the list of such films released in recent years.

Inspired by the life of Kargil War Hero Captain Vikram Batra, the film Sher Shah creates a patriotic fervor in your heart. During the Kargil War, a code name was given to the warriors. Captain Vikram Batra was given the codename Shershah, after which the title of the film was named. Siddharth Malhotra has played the role of Captain Batra in the film, while Kiara Advani has played the role of his girlfriend, the film was very much liked by the audience. You can watch this film on the OTT platform Amazon Prime.

‘Uri: The Surgical Strike’
The film ‘Uri: The Surgical Strike’ was the turning point of actor Vicky Kaushal’s career., There is a story of bravery and valor of the Indian Army. In the year 2016, this film has been made about the surgical strike done by the army in Pakistan. The film rocked the box office and also received 4 National Awards. You can watch this movie on G5.

This film shows a very inspiring story of a young Kashmiri girl, Sehmat Khan. Alia Bhatt has appeared in the lead role in the film. Sehmat i.e. Alia marries a Pakistani army officer (Vicky Kaushal) Iqbal Syed, she goes to Pakistan as an Indian spy and follows the secret mission. You will be able to watch this film on the OTT platform Amazon Prime Video.

‘Parmanu: The Story of Pokhran’

This film tells the story of the hero, who not only got 5 successful nuclear tests done in Pokhran in 1998, but also got India the status of Nuclear State in the world and got his country included in the powerful countries of the world. This film is available on Netflix.

Aamir Khan-starrer, Soha Ali Khan and R Madhavan starrer film ‘Rang De Basanti’ creates a fire in the heart and kindles the patriotic flame in the hearts of today’s generation. This film is the story of some friends who question the system. This film is one of the most successful films of Aamir Khan’s career. You will get this film on Amazon Prime.