Rajasthan Royals will square off against Royal Challengers Bangalore in the 13th match of IPL 2022. Rajasthan Royals have begun the season with a bang, winning both their matches so far. They beat Mumbai Indians in the previous match and showed tremendous quality in both departments. Royal Challengers Bangalore bounced back after the loss in the season opener against Punjab. They beat Kolkata Knight Riders in the previous match and although the match went too close for their liking they managed to get 2 points out of it.

It is a very good-looking pitch and there will be good balance between bat and ball. There is little grass and it is harder for the ball to get stuck into the surface. It may move around, there will be some movement but it is not going to be as tricky in the powerplay,

Also read: I would do a scan of my brain if I wake up as Ronaldo one day: Virat Kohli

Virat Kohli has got off to starts in both the matches but could not convert it into a big score. But he is still the best available option in the batting section. Back the veteran to get a big score in this match.

Faf du Plessis has started the season with a bang and is looking in good form, scoring 93 runs in 2 matches at an average of 46.5 and a strike rate of 152.

Wanindu Hasaranga has been brilliant in both the games so far and has picked up 5 wickets in 2 matches at an average of 12. The leg spinner will be a key player in this match.

Yuzvendra Chahal has picked up 5 wickets in 2 matches at an average of 9.6. The former RCB bowler will be looking forward to make an impactful performance.

Akash Deep has bowled well in this edition, picking up 4 wickets in 2 matches at an average of 20.75. Although his economy is on the higher side he can be backed to pick some wickets.

Jos Buttler scored a wonderful century in the previous match against Mumbai Indians and will be looking to continue his good form at the top of the order.

RR vs RCB Must Picks for Dream11 Fantasy Cricket: 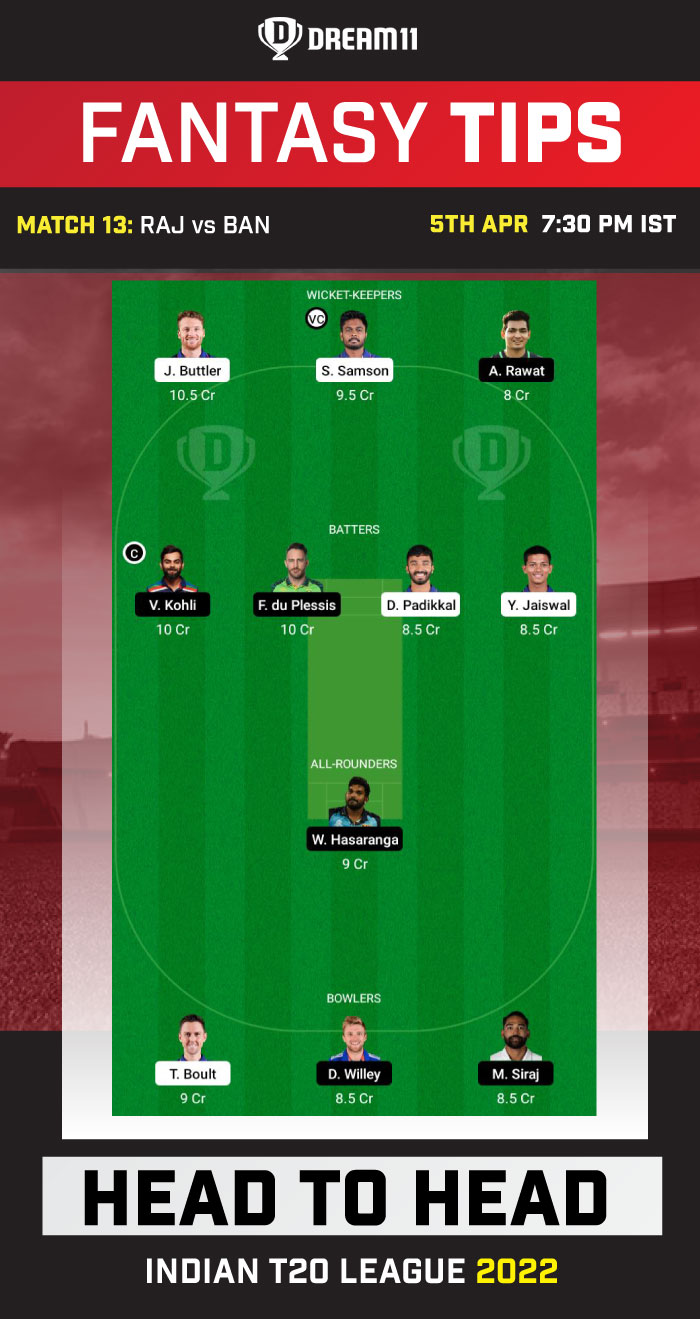 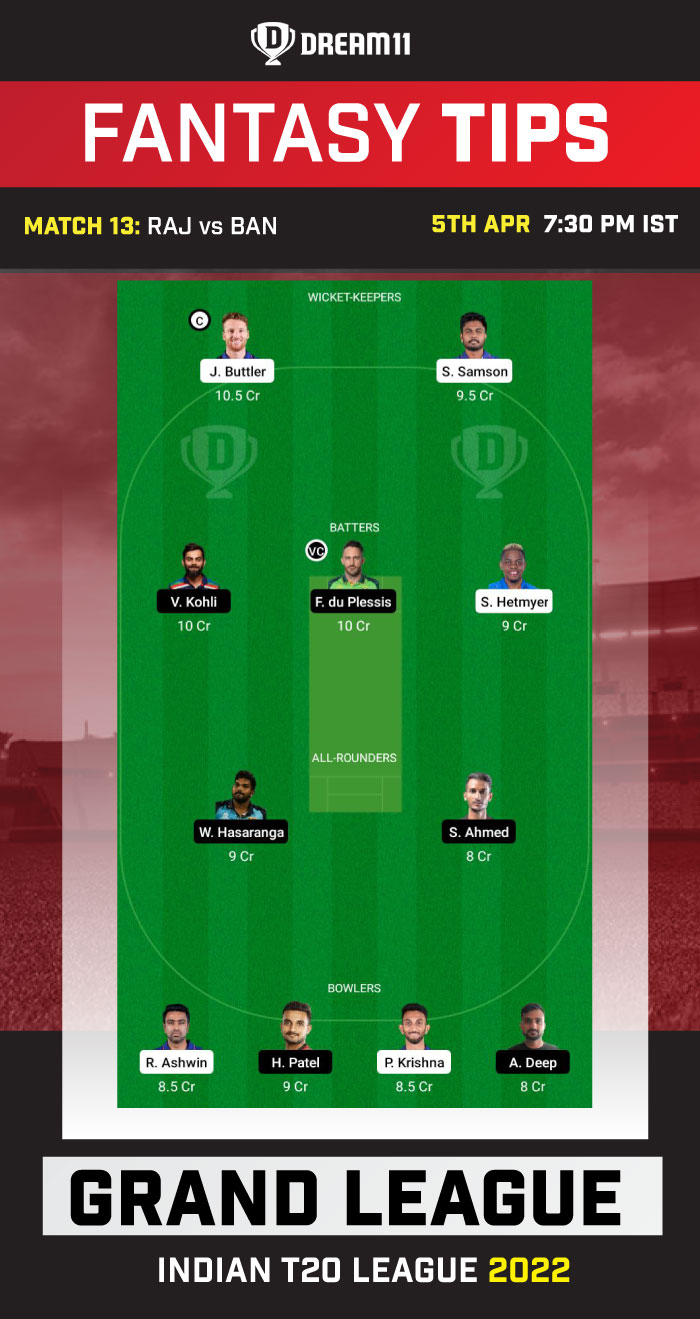 Harshal Patel bowled beautifully in the previous match and can be risked as captain against this opposition considering Rajasthan dont really have the fire power lower down the order.

Riyan Parag can be avoided for this match as he is batting very low and may not get enough deliveries to impact the game from the fantasy point of view.