Sunrisers Hyderabad will square off against Lucknow Super Giants in the 12th match of IPL 2022. Sunrisers Hyderabad got off to a poor start losing their opening match against Rajasthan Royals. They will look to improve the batting going forward. On the other hand, Lucknow came back with a bang winning their previous match against Chennai chasing a target of more than 210. This promises to be an exciting match.

There will be good amount of help for the seamers especially with the new ball. There is a fair amount of wind which keeps blowing, so dew might not be a factor. Chasing teams don’t have an advantage here and that makes things interesting,

Kane Williamson struggled in the opening match but he is too good a player to fail again. The captain of SRH will be looking to put up an impactful performance.

Evin Lewis was at his destructive best in the previous match scoring 55 runs of just 23 balls at a strike rate of 239. The left hander will be an automatic choice for this match.

Aiden Markram played very well in the previous match scoring an unbeaten 57 runs of 41 balls at a strike rate of 139. He can also bowl some part time off spin if needed.

T Natarajan is a specialist death bowler from this team and can be backed to deliver wickets consistently. He picked up 2 wickets in the previous match and did well overall.

Ravi Bishnoi bowled very well in the last match picking up 2 wickets and going at just 6 runs per over. He will be a key player for this match.

KL Rahul was looking good in the previous match where he scored a fifty. Although he will not be giving points with the gloves he is good enough to be backed as your keeper.

Quinton de Kock also scored a fifty in the previous match and will be contributing with keeping points too so he can also be a good player to have.

SRH vs LKN Must Picks for Dream11 Fantasy Cricket: 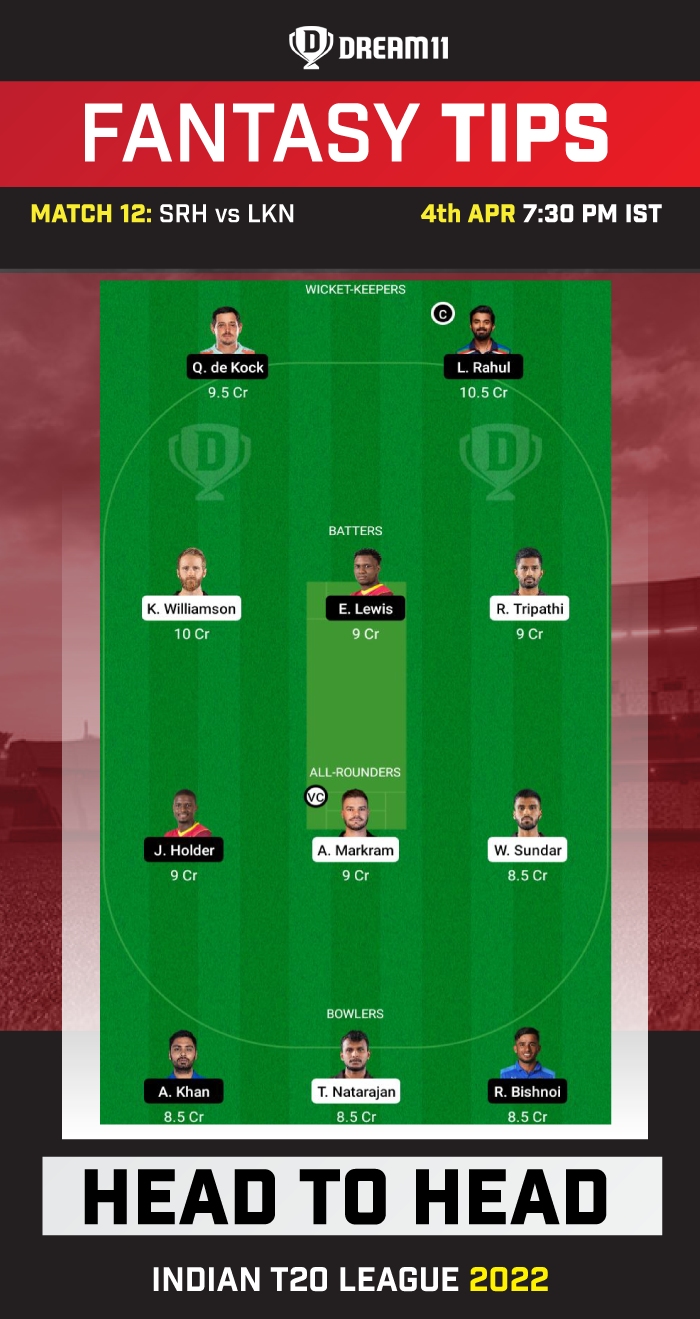 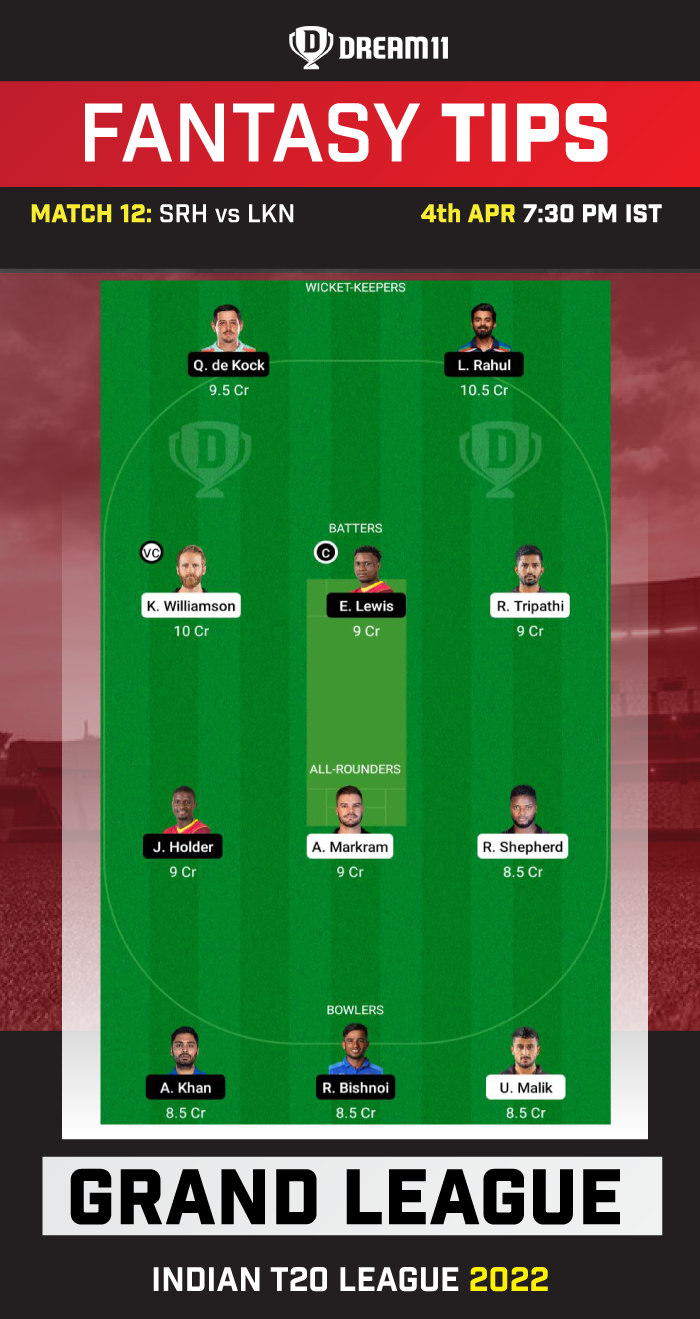 Jason Holder will return to the side and will bowl at the crucial stages of the match. He is also very good with the bat and so will be a good choice as a risky captain.

Abhishek Sharma had a poor start to the season and against a quality new ball attack it is better to avoid him for this match.