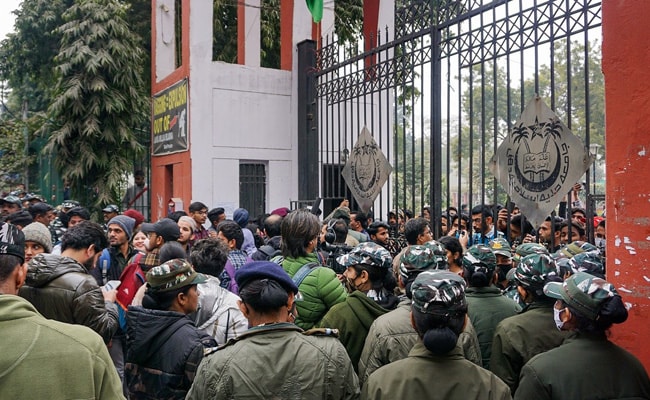 Najma Akhtar, Vice-Chancellor of Jamia Millia Islamia, said on Wednesday that SFI is a small group of students which does not have many members. Along with this, the Vice-Chancellor accused the SFI of disturbing the peace in the campus.

The Students’ Federation of India (SFI) had announced that a recent BBC documentary on the 2002 Godhra riots would be screened on the campus.

Akhtar said, “We do not want any disturbances in the campus. We want to maintain peace and harmony in the university where students are studying and appearing for exams.”

He said, “A small group like SFI, which has no followers, is protesting. We do not accept this kind of conduct. Their aim is to disturb the peace and harmony in the campus. I will oppose this at any cost.” Will not allow such behavior.

The Jamia unit of Left-backed student organization SFI on Wednesday announced that it will screen the controversial BBC documentary on Prime Minister Narendra Modi at 6 pm on the Jamia Millia Islamia campus.

However, the university administration said that no permission has been granted for the screening of the documentary and “we will not allow this to happen”.

The Jamia unit of SFI has released a poster informing that the documentary will be screened at SCRC lawn gate no.8 at 6 pm.

The Delhi Police on Wednesday said they have detained four students after the BBC announced the screening of a controversial documentary.

A Delhi Police official said that the SFI has announced plans to screen the documentary at 6 pm and a few hours before that, four SFI members were detained.

Meanwhile, the SFI claimed that the Delhi Police has detained over 70 students who had gathered at Jamia to protest against the detention of four students after the controversial documentary was announced.

In this regard, there was no immediate response from the police.