Northamptonshire are all set to take on Lancashire in a top-of-the-table clash of T20 Blast 2022 at the County Ground in Northampton. Both teams have enjoyed their run so far in the season and Northamptonshire will be seeking revenge for their loss in the previous meeting between these two teams.

Northamptonshire are currently on 11 points at the second position in the North Group points table with five wins in eight games and have lost only two games so far. On the other hand, Lancashire suffered their first loss of the season in the previous game against Durham and are at the top of the points table at 13 points with six wins in eight games.

The County Ground in Northampton has been a high-scoring venue so far and Northamptonshire are yet to lose a game at the venue this season. Any scores above 200 is going to be tough to chase down and the skipper that wins the toss is likely to bat first.

Probable Playing XIs NOR vs LAN

Probable best batter of the match

Chris Lynn has been in terrific form, scoring two unbeaten centuries and two fifties. He is the highest scorer in the tournament with 379 runs in seven matches at an average of 94.75 and a strike rate of 166.22. He played a scintillating innings of 113* off 57 balls in the previous match against Worcestershire which helped his team Northamptonshire win big by 73 runs. He would look to continue with his form after the break.

Richard Gleeson came up with a phenomenal bowling performance in the previous game against Durham in a low-scoring encounter. The right-arm seamer finished with 4/19 in his four-over spell and almost won the game for his side single-handedly. He is expected to continue his good form from the last two games in the upcoming fixture as well. 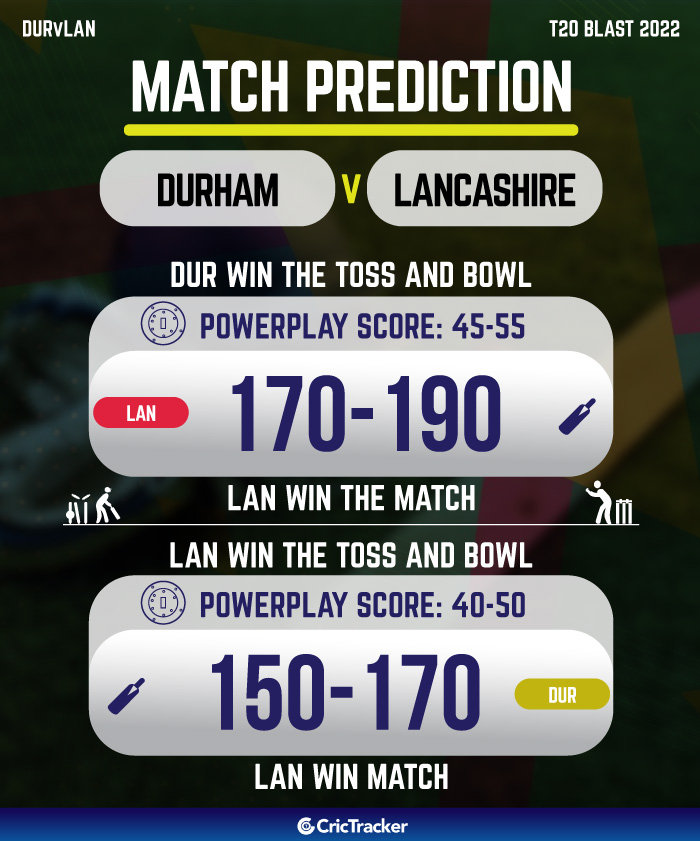