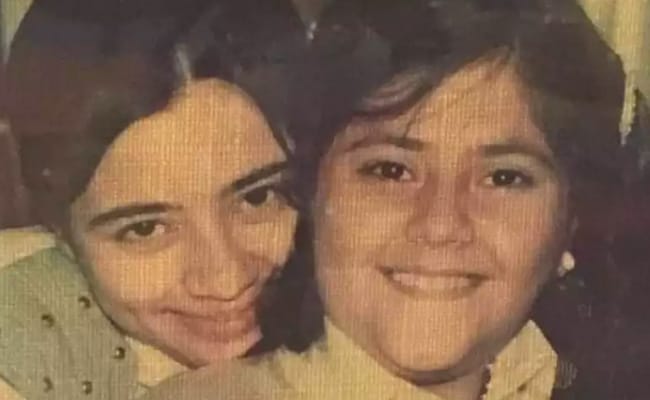 You must be excited to see the childhood pictures of your favorite stars. Today we have brought for you the childhood of such a star associated with TV and cinema, who is today known as TV Queen. The one who has given not one or two but many stars to the TV and film world and in whose hands the fate of these stars has been decided. Be it TV, Bollywood or OTT, she is being stung everywhere, this filmmaker is the daughter of a veteran actor. Now you must have recognized her, yes, this girl seen in the video is none other than Ekta Kapoor.

Ekta Kapoor is today known as TV Queen. TV serial Kyunki Saas Bhi Kabhi Bahu Thi Ho or today’s popular show Naagin, every serial of Ekta has been a superhit and has proved to be the top in TRP. Today, Ekta Kapoor, who has become a very successful producer, looked very cute and chubby in her childhood. Along with Ekta, her brother Tusshar Kapoor is also seen in the video.

Ekta has been very close to her father Jitendra. Born on 7 June 1975 to Shobha Kapoor and Jitendra, Ekta Kapoor is bringing laurels to her parents today. Ekta, who has established herself as a very successful business woman, is said to have a net worth of more than 100 crores.

In this picture you can see Ekta Kapoor with megastar Amitabh Bachchan and father Jitendra. Ekta has been attached to films since the beginning.

There is also a very strong bonding between Ekta and her brother Tusshar Kapoor. Ekta often shares pictures with her brother on social media.