Melbourne Stars are all set to take on Perth Scorchers in the 52nd match of the ongoing Women’s Big Bash League 2022 at the Ted Summerton Reserve in Moe, Victoria. Both teams are coming off a loss in their previous game and will be hoping to turn things around in the upcoming fixture.

This will be an important game for Scorchers as they are currently placed at the fifth position in the points table with six wins in 12 games. A win here will give them a chance to go past the Hobart Hurricanes and occupy the third position provided the margin of victory is big.

On the other hand, Stars are at the sixth position on the points table with four wins in 12 games. They still have two games in hand including the upcoming fixture.

The venue hasn’t played host to many international fixtures, however, the wicket is deemed good for batting. The skipper winning the toss is likely to bat first as the scoreboard pressure might be a factor at the venue.

Beth Mooney has been the top run-scorer of this season so far with 431 runs in just 11 innings and has been very consistent at the top. She remained unbeaten on 75 off 51 balls against Sydney Sixers in the last game and will be looking to continue her impressive form.

Alana King did not pick up a wicket in the previous game and was expensive in her three over spell. However, she has got a knack of picking wickets. With 15 wickets in 12 games, King is the top wicket-taker for the Perth Scorchers side this season and she will be looking to add some more to her wickets column. 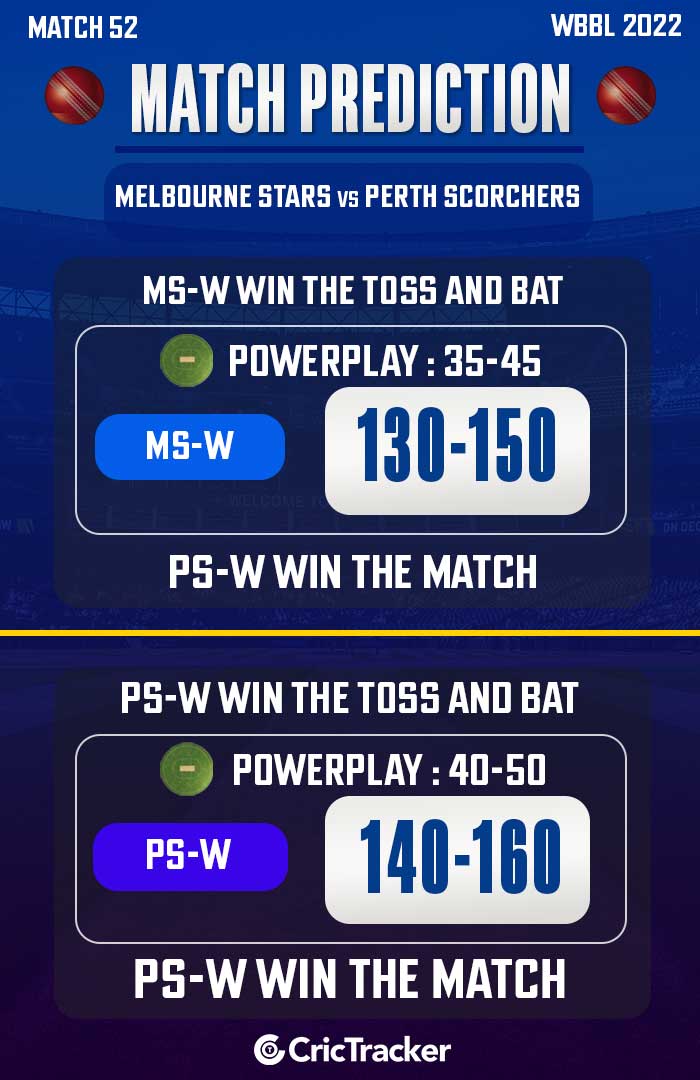