Following a brilliant start to the season, the Sophie Devine-led side failed to gain momentum in the middle and are currently fifth on the table with 13 points. Renegades, on the other hand, are seventh on the table with seven points and are already out of the semi-final race.

In their last clash on November 12 in Melbourne, Scorchers absolutely thrashed the Renegades and won the match by 104 runs. Scorchers will expect to replicate the performance in their final league game as their qualification for the semi-finals is not yet guaranteed. Thus, they desperately need to win in order to stay in the hunt for qualification.

The Hayley Matthews-led side, on the other hand, defeated Syndey Thunders in their last match and would hope to beat Scorchers before bowing out of the tournament. However, their batting woes remains to be a problem and in case they manage to pick early wickets, Renegades can shock Scorchers.

Given the conditions at Ted Summerton Reserve, the skipper winning the toss would look to bat first. Since not a lot of games have been played here, the pitch will be fresh and the batters can score runs easily. Pacers might get help from the pitch in the early stage of both innings.

The 28-year-old Beth Mooney has been the top run-scorer of this season’s Women’s Big Bash League. The Australian so far has scored 434 runs in just 12 innings and been very consistent in delivering for her team.  However, she will be under pressure in the match as it can very well be a do-or-die game for th Scorchers.

The leg-spinner Alana King has been sensational in the tournament so far. In 13 matches, the 26-year-old has picked up 16 wickets at an impressive economy rate of 5.93. 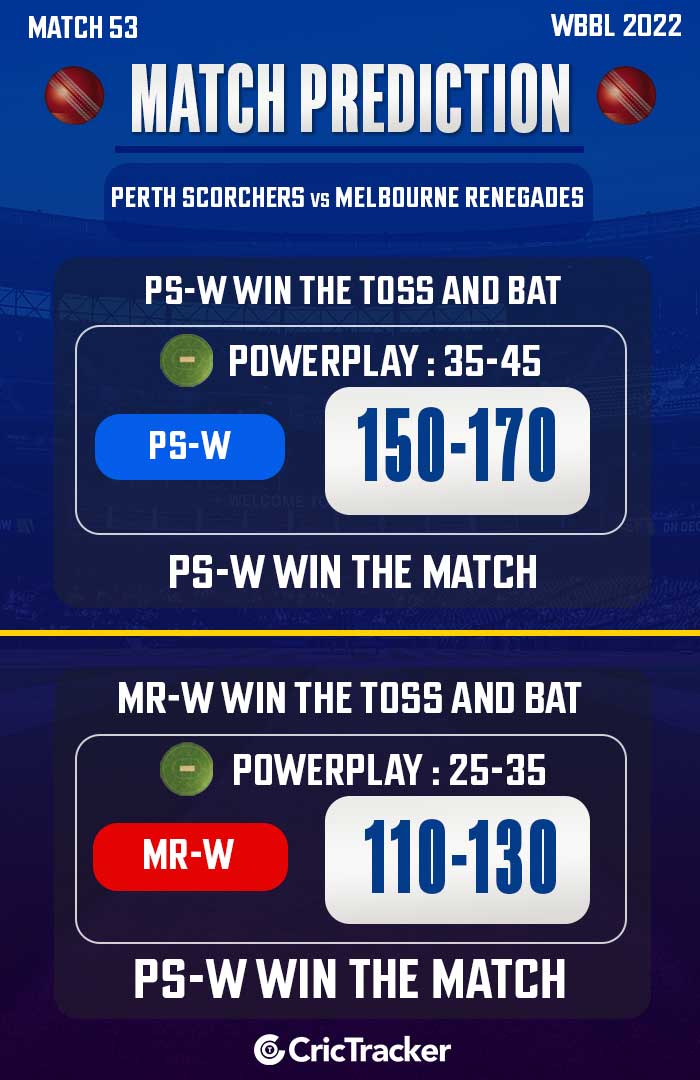