Melbourne Stars will meet Brisbane Heat in match 55 of the Women’s Big Bash League 2022. The Stars picked up a six-run win over Perth Scorchers in their last match and have kept themselves alive in the tournament. A win over Brisbane Heat can take them to the playoffs of 2022. However, the Scorchers in that case will have to lose against Melbourne Renegades in their next match.

Brisbane Heat, on the other hand, are second in the points table with 16 points from 13 games. They have played some brilliant cricket so far in the season and would hope to win their last league game in order to remain confident for the playoffs. However, with a five-wicket defeat in the last match against Sydney Sixers, things are not going to be easy for Jess Jonassen-led side.

The skipper winning the toss would like to bat first as the track is expected to get slower given that there’s another match that will be played earlier in the day. Spinners in the end can come in handy.

The young all-rounder of Melbourne Stars, Annabel Sutherland is the sixth leading run-scorer of the tournament. In 13 matches so far, the 21-year-old has scored 304 runs at a strike rate of 113.85. In a do-or-die game for the Stars, Annabel needs to step up once again.

The 27-year-old Aussie all-rounder Nicola Hancock is the joint-leading wicket-taker in the tournament. In 13 matches, Nicola has picked up 22 wickets at an economy of 8.11. 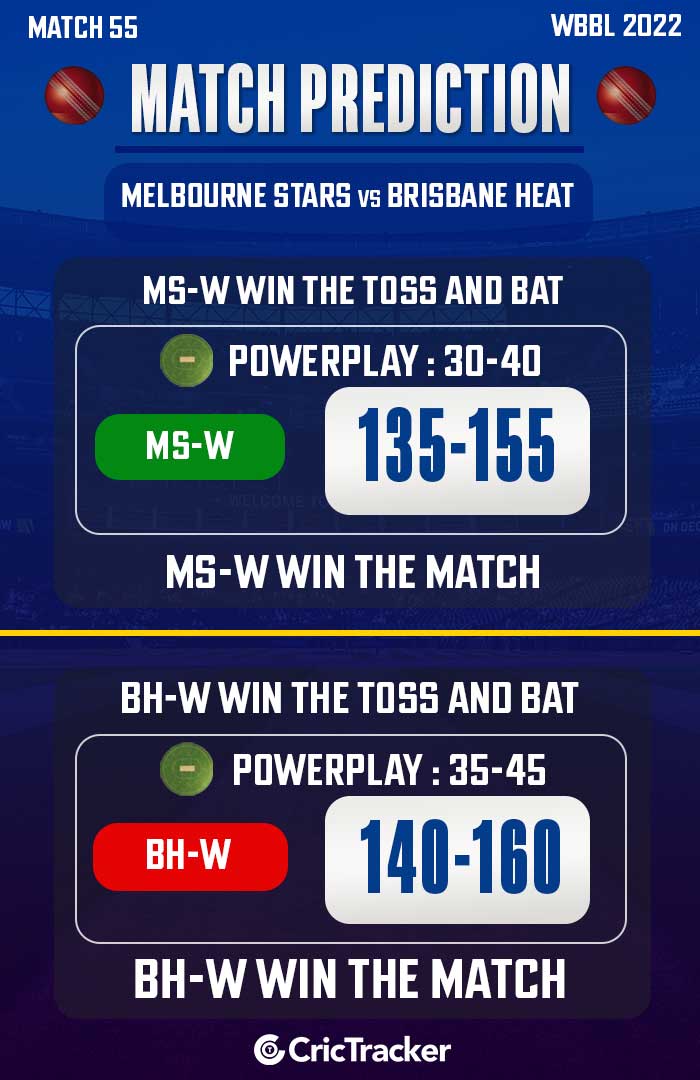