Sydney Thunder will clash with Adelaide Strikers in the 56th match of the Women’s Big Bash League 2022 (WBBL) at North Sydney Oval on Sunday (November 20) in the last group-stage fixture  of the tournament.

The Thunder are struggling at a bottom of the league table with just one win from their 13 games. They suffered an 18-run defeat against Sydney Sixers in their last game while chasing a 179-run target.

Adelaide Strikers, on the other hand, registered a crucial eight-wicket win over Hobart Hurricanes in their latest game and are now placed in the fourth position in the league table with 15 points from the 13 games.

A win will boost them to the second position but they need some favourable results from the other games as well. Both teams settled for a point as rain washed out the first respective fixture this season.

The pitch at North Sydney Oval has a batting-friendly surface with an average first innings score of around 145 runs. At this venue in the current season, teams have scored 160-plus runs on seven occasions. Hence, expect a high-scoring clash on Sunday.

Mack scored the second-highest 513 runs from just 15 innings last season and replicated the same impact this year as well. She scored 29 runs off 22 balls against the Hurricanes in the last game and is leading the scoring chart for the Strikers with 308 runs from 13 innings at an average of 25.66 and a strike rate of 109.21 so far.

The star Australian leg-spinner took two big wickets while conceding 40 runs against the Hurricanes in the last match. Wellington has taken 20 wickets from just 12 innings at an impressive economy rate of 6.82 for the Strikers this season. 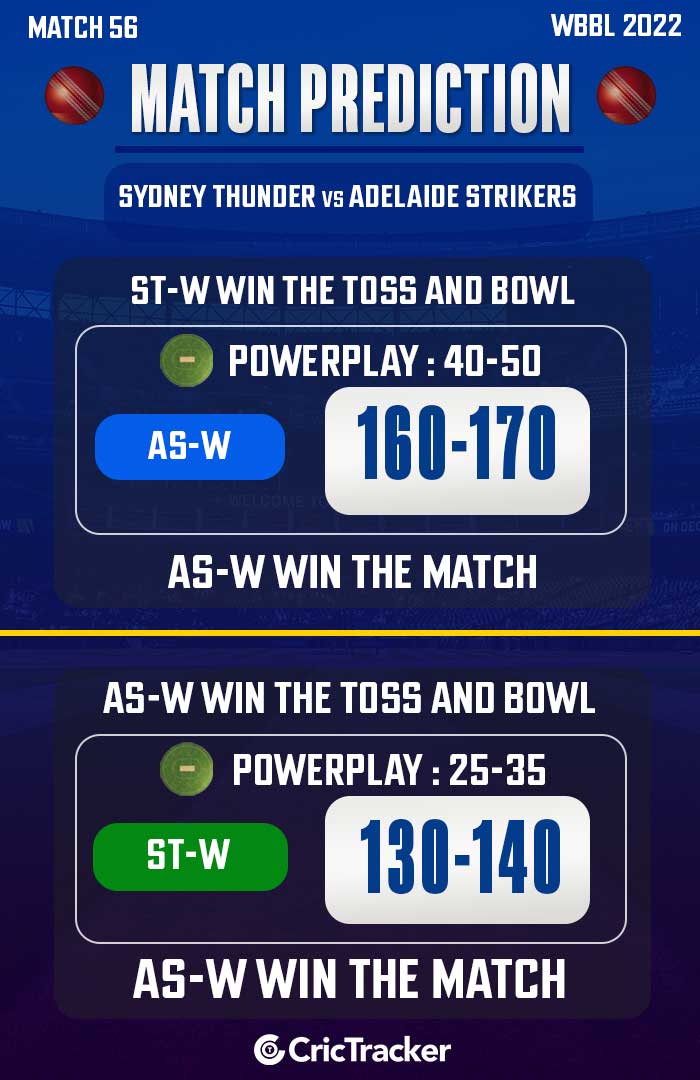