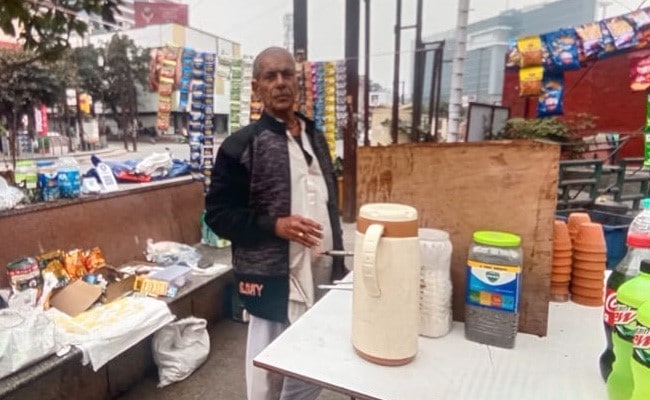 The rent for a kiosk measuring 7.59 square meters next to the Noida Sector-18 metro station is Rs 3.25 lakh per month. You will be surprised to hear this, but it is true. The Noida Authority had kept the base price of the kiosk at Rs 27 thousand during the auction, but in the process of bidding, this rent was fixed at Rs 3 lakh 25 thousand. To get this kiosk, the owner will have to pay Rs 45 lakh as advance rent for 14 months.

Sonu Jha, who has bid such a high price for the kiosk, his father Digambar Jha already sets up a tea-cigarette kiosk in Atta Market. Talking to NDTV, he said that we will make arrangements for all kinds of food and drink. All kinds of goods will be kept here.

Also, he told that 15 days ago the authorities took away my counter. There is a problem in selling goods in the open even in every season. Now there will be permanent solution.

Digambar is a resident of Darbhanga district of Bihar. Came to Noida in the year 1997. Here they sell tea, cold drinks and cigarettes in the open sky.

Digambar Jha says that son Sonu has shown the courage to take this kiosk. The hollow is small but there is a lot of space in front of it. Shopkeepers here for years are worried about vacating this place.

Noida Authority has constructed 17 such kiosks in Atta Market in the last 2 years. Their price is kept according to the market. The most expensive kiosk named K-3 had earlier gone up to a bid of 85 thousand, but since the bidder could not pay the price, it has been locked.